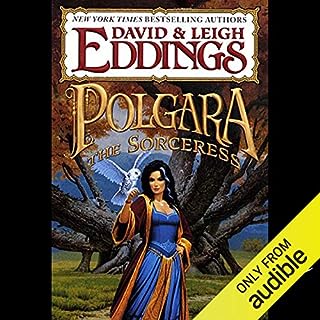 Polgara is the epic culmination of a magnificent saga, and a fitting farewell to a world which, once experienced, will never be forgotten.

She soars above a world of warriors, kings, and priests. The daughter of Belgarath and the shape-shifter Poledra, she has fought wars, plotted palace coups, and worked her powerful magic for three thousand years. Now, Polgara looks back at her magnificent life, in this fitting crown jewel to the saga that is the Eddings' Belgariad and Mallorean cycles.

A classic story. Narration not wonderful

The Belgariad and Mallorean were some of my first introductions to fantasy, and this gives them a special place in my heart. It does allow me, to a point, to gloss over some of the plot inconsistencies and repetitions which occur. Polgara is a sister novel to Belgarath and is worth a listen for the little additions we get - basically what Ce'Nedra asked for at the end of Belgarath. Little details like who really helped win the Battle of Vo Mimbre were a nice touch and at least add something new to a story which could, in many ways, be seen as a rehashing parts of Belgarath.

The narrator of the other Belgariad books took me a while to get used to, but in the end I was comfortable and familiar with his style. I hoped the narrator of this book would be similar. Sadly, I found her jarring and at times thought of giving up on the book because it was that bad. Not only were in-book names wrong (Mallorea doesn't rhyme with diarrhoea...). "Killaneson" is quite literally "Killane's son", not "Kill-an-ess-on." I appreciate that these are potentially open to interpretation as they are not part of every day speech. Butsimple words were also messed up! A brooch is not pronounced "brew-ch". These choices of pronunciation made me wince at times. Also, in my head, Ce'Nedra had never sounded like a 70-year-old crotchety lady.

So, yes. Worth a listen for the story, but if you have already read or listened to the other books in this series, be prepared to wince repeatedly at the narration. 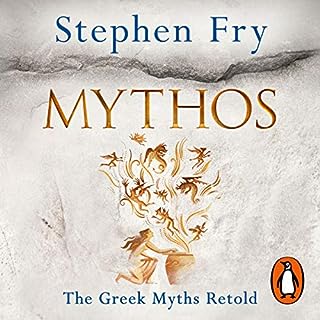 Stephen Fry does it again

I love Stephen Fry as an audiobook narrator, and I feel he's at his best when narrating his own writing. I'm also a fan of Greek mythology in general, so this combination seemed too good to be true.

This book is a marvellous combination of in-depth detail and funny, at times almost irreverent tone. From the beginning of the universe from Chaos, on through the rise of the Titans, then the Greek pantheon, to mankind's beginnings and ongoing adventures, the Greek tales are lovingly recreated by this master wordsmith.

I feel that this will be one with endless re-listening value, as I've already forgotten some of the names and details of the endless naiads, oceanids and so on (but I'd like to remember them). Definitely worth a buy, you won't regret it. 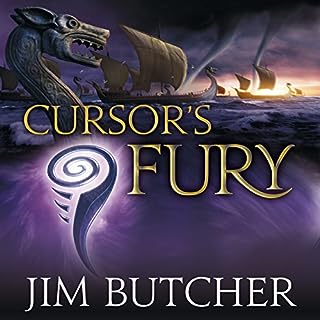 Power-hungry Kalare has rebelled against Alera's aging First Lord, Gaius Sextus. Ill-equipped to face this attack, Gaius must seek support - even from the combative High Lord of Aquitaine. Kalare has also seized valuable hostages that could mean the difference between victory and failure. And Amara, the First Lord's Cursor, has been tasked with their rescue. She has earned this trust but are her allies as worthy - or does the Lady Aquitaine see the time as ripe for betrayal?

Overall I did enjoy this installment of the Furies of Calderón series. Tavi's character became more developed, and it was fun to see more of Max (one of my favourite characters). The flashback sequences were well-crafted. I felt Amara became a much more agreeable character in this book.

The reason it's not getting 5 stars is two fold. Firstly, I feel like it could have done with being shorter in some places and then longer at the end. The final battle felt a bit of an anticlimax. My second reason is those stupid bloody horns which keep sounding at random places throughout the book! I have no idea if they are meant to denote a pause in the book, or if someone is about to do something very heroic, but they are beyond irritating. I often listen to audiobooks to fall asleep, and the sudden jarring sound of a bizarre fanfare is distinctly unwelcome. Whoever had that idea needs a kick up the backside. 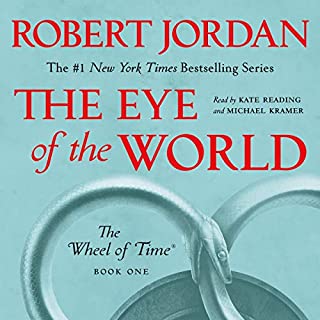 When their village is attacked by trollocs, monsters thought to be only legends, three young men, Rand, Matt, and Perrin, flee in the company of the Lady Moiraine, a sinister visitor of unsuspected powers. Thus begins an epic adventure set in a world of wonders and horror, where what was, what will be, and what is, may yet fall under the Shadow.

I have been a longtime fan of these books. Although as a child, books on tape were standard fare for car journeys or relaxation, I had never before listened to an audio book of something so long and intricate.

I'm pleased to say that it mostly met my expectations. I'd have liked more of the female reader, just to break things up a bit more. And I disagree with some of the pronunciations, however I don't have my book copy to hand to check if they match Jordan's version or not!

Overall an enjoyable experience, and I certainly got more out of listening than i expected. I am due a re-read of the series, but I feel I actually picked out more detail in listening this time than in reading the book again for the I-don't-know-how-many-nth time. The foreshadowing was much more apparent when you hear the words read aloud.

I'd recommend this to anyone, whether it's your first foray into fantasy or not. Pre-existing Wheel of Time fans may find they get something new out of the experience, so don't be put off if you have already read the books