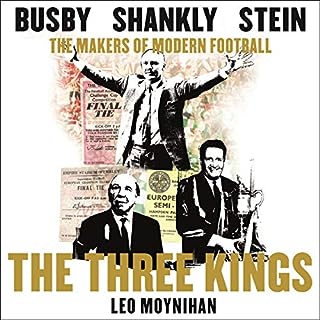 Three of the greatest football clubs: Celtic, Liverpool and Manchester United. Their three greatest managers: Jock Stein, Bill Shankly and Matt Busby. Three men born within a 20-mile radius of each other in the central lowlands of Scotland; forged in mining communities to subsequently shape the course of modern football. More than the sum of its parts, Three Kings promises a narrative beyond any single biography of its three subjects could.

Not a fan of Liverpool Man U or Celtic but this is a fascinating social history lesson football and three Great men of the mid C20th. Only Robson or Clough comes close to their impact as an Englishman... and from a similar working class background. Today’s managers should be compelled to read this excellent book as part of any LMA qualification