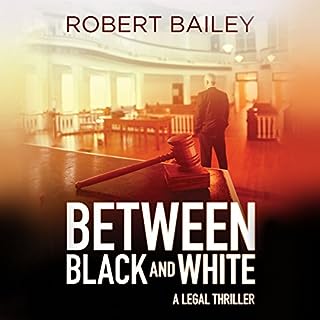 In 1966 in Pulaski, Tennessee, Bocephus Haynes watched in horror as his father was brutally murdered by 10 local members of the Ku Klux Klan. As an African American lawyer practicing in the birthplace of the Klan years later, Bo has spent his life pursuing justice in his father's name. But when Andy Walton, the man believed to have led the lynch mob 45 years earlier, ends up murdered in the same spot as Bo's father, Bo becomes the prime suspect. 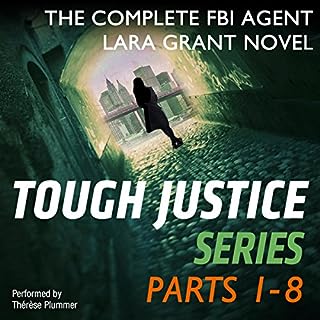 Special Agent Lara Grant has finally put her life as an undercover agent in the Moretti gang behind her and started a new assignment in New York City. Until a dramatic sniper attack leaves Lara's face - and real name - all over the media. In the blink of an eye, her cover is blown, her identity exposed. Then a woman's body is found branded with the ritual Moretti tattoo. Someone knows who Lara is...and exactly how to make her pay....

Gripping drama with plenty of twists and turns. Would like to think we see more of Laura and her colleagues battling crime. Excellent narration. 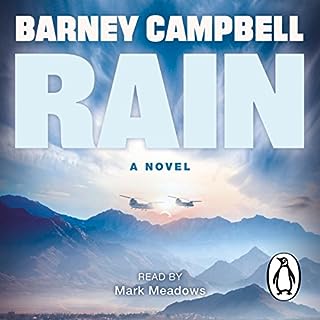 Penguin presents the unabridged, downloadable audiobook edition of Rain by Barney Campbell, read by Mark Meadows. Corporal Thomas (my acting sergeant since Adams died) and I have to go down the line of the boys as they're checking their kit before we go out. Some of them are crying - not bawling, just weeping gently but still steadfast; others are just pumped to the max, bouncing their heads up and down like they're listening to trance music, just amped about getting the rounds down.

Excellent book, well narrated. Very emotional & one of only a few books that brought a tear to my eye. 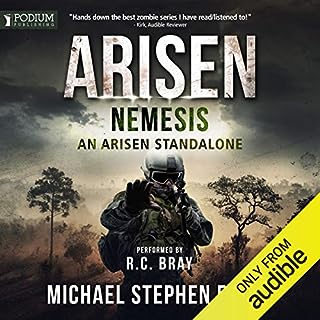 Between the fall of man and the arrival of the JFK, the Horn of Africa is a battleground. Salvation. Vengeance. Vanity.

Having listened to the Arisen series, I was in two minds as to bother with this. I’m so glad I did - it works fantastically as a stand-alone, but does dovetail into the overall story also. Great stuff! 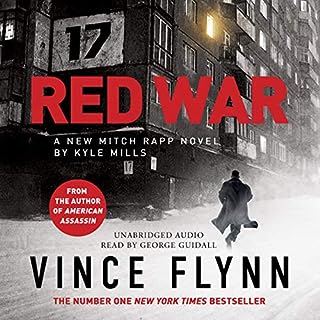 When Russian president Maxim Krupin discovers that he has inoperable brain cancer, he’s determined to cling to power. His first task is to kill or imprison any of his countrymen who can threaten him. Soon, though, his illness becomes serious enough to require a more dramatic diversion - war with the West. Upon learning of Krupin’s condition, CIA director Irene Kennedy understands that the US is facing an opponent who has nothing to lose. The only way to avoid a confrontation that could leave millions dead is to send Mitch Rapp to Russia under impossibly dangerous orders.

Rap back to his very best!

At last he is back - well written and brilliantly read by GG. His is the only voice I can relate to as MR. Highly recommend. Good to have Mitch Rapp back in full flow. 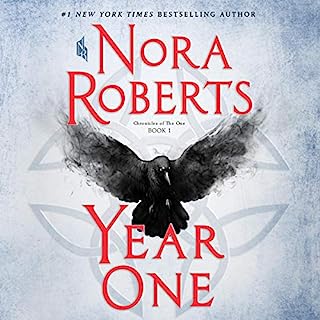 It began on New Year's Eve. The sickness came on suddenly, and spread quickly. The fear spread even faster. Within weeks, everything people counted on began to fail them. The electrical grid sputtered; law and government collapsed - and more than half of the world's population was decimated. Where there had been order, there was now chaos. And as the power of science and technology receded, magic rose up in its place. Some of it is good, like the witchcraft worked by Lana Bingham, practicing in the loft apartment she shares with her lover, Max.

Tremendous story, well written and superb narration. This book lays out the story and I can’t wait to listen to the next instalment. Highly recommend. 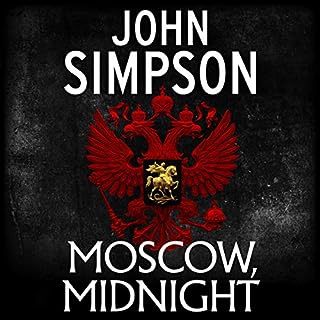 Government minister Patrick Macready has been found dead in his flat. The coroner rules it an accident, a sex game gone wrong. Jon Swift is from the old stock of journos - cynical, cantankerous and overweight - and something about his friend's death doesn't seem right. Then, days after Macready's flat is apparently burgled, Swift discovers that his friend had been researching a string of Russian government figures who had met similarly 'accidental' fates.

A hugely enjoyable listen and John Simpson’s narration it made for a superb experience. Highly recommend this audiobook. 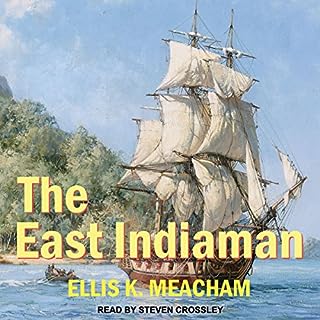 The Naval Service of the Honorable East India Company, popularly known as the Bombay Marine, operated in romantic areas in perilous times. From the Indian Ocean to the South China Sea, from Calcutta to Canton, the Company ships were famous for their speed and daring. The "Bombay Buccaneers" who sailed them were the stuff of legend. For Percival Merewether, 1806 would be a year to remember. 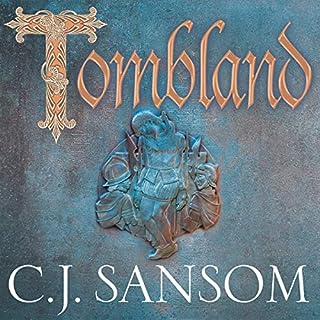 The nominal king, Edward VI, is 11 years old. His uncle Edward Seymour, Lord Hertford, rules as Protector. The extirpation of the old religion by radical Protestants is stirring discontent among the populace while the Protector’s prolonged war with Scotland is proving a disastrous failure and threatens to involve France. Worst of all, the economy is in collapse, inflation rages and rebellion is stirring among the peasantry.

As good as always!

Terrific writing, with superb narration. SC - the voice of Shardlake. I really feel like Shardlake and friends are acquaintances after listening to al his books. A wonderful insight into a turbulent time in England. I highly recommend this audiobook, but if you can, start at book 1. By doing so you will meet and get to know the characters. 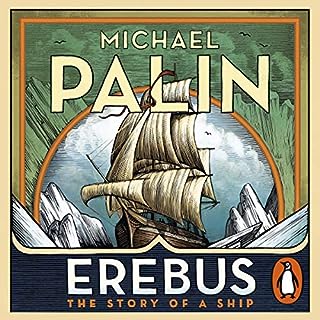 In his major new work, Michael Palin - former Monty Python stalwart and much-loved television globe-trotter - brings to life the world and voyages of HMS Erebus, from its construction in the naval dockyards of Pembroke, to the part it played in Ross’s Antarctic expedition of 1839-43, to its abandonment during Franklin’s ill-fated Arctic expedition, and to its final rediscovery on the seabed in Queen Maud Gulf in 2014.

What a tremendous story, you go through many emotions listening to this,. Superb narration has made this one of my favourite audiobooks.