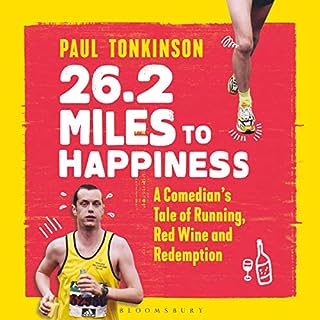 The hilarious trials and tribulations of stand-up comedian Paul Tonkinson as he attempts to beat the much lauded three-hour mark at the London Marathon. With a supporting cast of fellow comedians, this is a warmly written and wonderfully honest adventure-through-sport that will both entertain and inspire. Along the way, we are introduced to the characters helping Paul with his quest. Celebrity names such as Bryony Gordon, Russell Howard, Roisin Conaty and Vassos Alexander pop up with wit and wisdom....

An excellent book. I loved the story and the narration. I laughed out loud loads of times and I would have loved to listen to more. was gutted that it finished. I hope he writes another one. 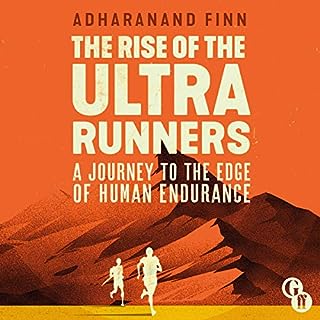 Ultra running defies conventional logic. Yet this most brutal and challenging sport is now one of the fastest growing in the world. But is it an antidote to modern life or a symptom of a modern illness? Adharanand Finn travelled to the heart of the sport to find out - and to see if could become an ultra runner himself. His journey took him from the deserts of Oman to the snow-capped peaks of the Rockies, and from a 24-hour track race in Tooting to his ultimate goal, the 105-mile Ultra-Trail du Mont-Blanc.

Absolutely brilliant and very inspiring. I loved the narration, the story, listening to his journey. It made me want to go out on very long runs and do an ultra! I really enjoyed it and I've been recommending it to all of the people in my running group. I will listen to it again for sure. 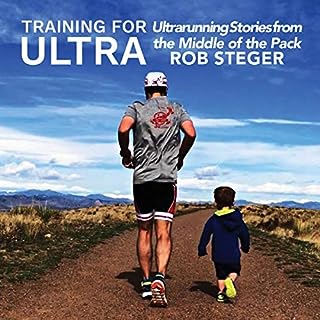 This book has a single purpose - to inspire you to run! Through sharing a detailed account of my first three years of pursuing running from the middle to back of the pack, it will hopefully show you you are capable of much more than you may think. After my dad's major health scare, it was time for me to change everything. Little did I know how much I would learn after taking on some physical exercise. A radical diet change allowed me to lose a forth of my body weight and it gave me boundless energy to get outside and explore.

I think the book is good, maybe if I read it in paperback it would be better. But the narration is annoying. He speaks in chopped off, three word sections, instead of whole fluid sentences if that makes any sense. I also found that he went on about his family and kids too much. I wanted to listen to a book about running, not his life story about his kids. It was ok, but I wouldn't rave about it. 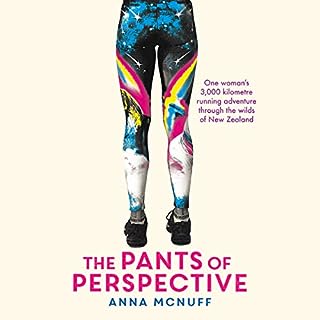 Anna was never anything like those "real" runners on telly, but when she read about New Zealand’s 3,000-kilometer-long Te Araroa Trail, she began to wonder...perhaps being a "real" runner was overrated. Maybe she could just run it anyway? The Pants of Perspective is a witty, colorful, and at times painfully raw account of a journey to the edge of what a woman believes herself to be capable of. It is a coming-of-age story that will lead you on a roller-coaster ride through fear, vulnerability, courage, and failure.

the narration in this book is amazing, the best I've ever heard. The story is great too. But the authors sense of humour is brilliant and the way she narrated it is 5 star. I think it will be the only audio book I listen to twice!