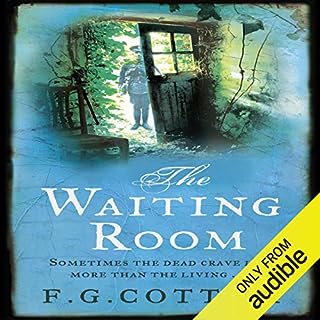 The waiting room stands on a crumbling railway platform at the edge of a retired rock star’s vast estate. Abandoned to dereliction and isolated by a moat of thorny wilderness, it used to be a playground for his children. Until strange music and the terrifying spectre of a leering soldier frightened them away. Julian Creed is TV’s most popular ghost hunter. Only his small production team knows he is a complete fake who doesn’t even believe in the paranormal. Until he spends one night in the waiting room.

you won't be bored

Rather absurd story with many holes but the ending redeemed it. Pity about the narrator's deadpan voice. 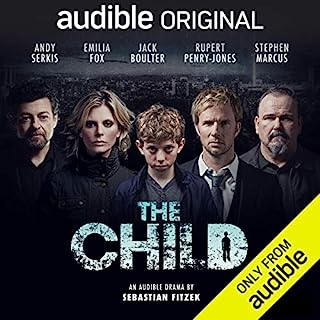 Sebastian Fitzek's thrillers always follow a pattern - a wonderfully mysterious opening, a skilful build up of tension in the middle, and a preposterous, balloon prick of an ending. No less enjoyable for that, though . This dramatisation, however, did not work for me. It seemed as if the actors were not in the studio together but recorded their parts separately. The sound effects added nothing to the atmosphere - footsteps sounded like coconut shells being knocked together; a stalled car engine like a waste disposal unit, and all tagged together by editors in training. 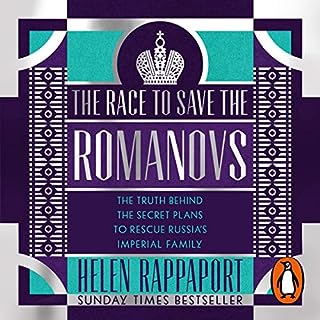 On 17 July 1918, the whole of the Russian imperial family was murdered. There were no miraculous escapes. The former Tsar Nicholas, his wife, Alexandra, and their children - Olga, Tatiana, Maria, Anastasia and Alexey - were all tragically gunned down in a blaze of bullets. On the 100 year anniversary of these brutal murders, historian Helen Rappaport set out to uncover why the Romanovs’ European royal relatives and the Allied governments failed to save them.

.... and not just to save the Romanovs! A thrilling story marred by a poor narrator - disjointed pauses, unnecessary foreign accents when naming locations and mispronounced names. 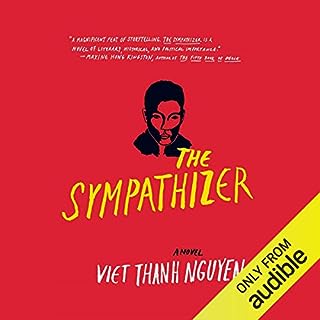 Winner of the Pulitzer Prize for Fiction 2016. It is April 1975, and Saigon is in chaos. At his villa, a general of the South Vietnamese army is drinking whiskey and, with the help of his trusted captain, drawing up a list of those who will be given passage aboard the last flights out of the country. The general and his compatriots start a new life in Los Angeles, unaware that one among their number, the captain, is secretly observing and reporting on the group to a higher-up in the Viet Cong.

What is the nature of revolution? How can revolutionaries retain their humanity in the face of violent struggle? These are the themes explored through the eyes of a communist Vietnamese agent who has been assigned to spy on American allies. 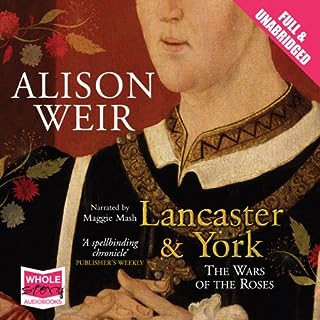 Lancater and York is a riveting account of the Wars of the Roses, from beloved historian Alison Weir. The war between the houses of Lancaster and York was characterised by treachery, deceit, and bloody battles. Alison Weir's lucid and gripping account focuses on the human side of history. At the centre of the book stands Henry VI, the pious king whose mental instability led to political chaos, and his wife Margaret of Anjou, who took up her arms in her husband's cause and battled in a violent man's world.

Scholarly and generally well researched but also full of 'may bes', 'almost certainlies' and speculations especially in regard to the motives of the main players.
Why, oh why does the narrator use different accents when quoting from sources? What a distraction! How can we know if the French ambassador spoke in an 'allo, allo' voice or that Henry VI sounded like a member of the landed gentry in the 1950s? 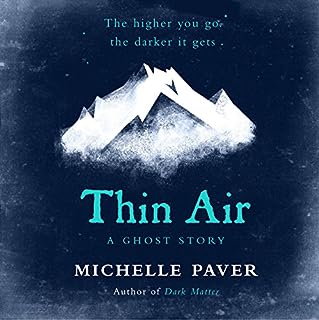 The Himalayas, 1935. Kangchenjunga. Third-highest peak on earth. Greatest killer of them all. Five Englishmen set off from Darjeeling, determined to conquer the sacred summit. But courage can only take them so far - and the mountain is not their only foe. As the wind dies, the dread grows. Mountain sickness. The horrors of extreme altitude. A past that will not stay buried. And sometimes, the truth does not set you free.

Dark Matter in the Himalayas

Wonderfully atmospheric but what a pity that the author intrudes so abruptly at the end. 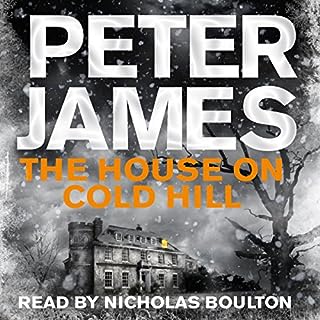 They said the dead can't hurt you.... They were wrong. The House on Cold Hill is a chilling and suspenseful ghost story from the multimillion-copy best-selling author of Dead Simple, Peter James. Moving from the heart of Brighton and Hove to the Sussex countryside is a big undertaking for Ollie and Caro Harcourt and their 12-year-old daughter, Jade. But when they view Cold Hill House - a huge, dilapidated Georgian mansion - Ollie is filled with excitement.

Every event from every ghost story you have ever read or seen on screen but entertaining enough! 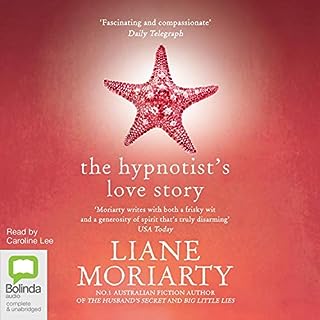 The Hypnotist's Love Story is about the mild craziness that lurks behind the facades we present to the world, especially when it comes to love. Ellen O'Farrell is an expert when it comes to human frailties. She's a hypnotherapist who helps her clients deal with everything from addictions to life-long phobias. So when she falls in love with a man who is being stalked by his ex-girlfriend she's more intrigued than frightened.

Only slightly less of a time waster than playing Candy Crush! Listen to Radio 4 drama instead. 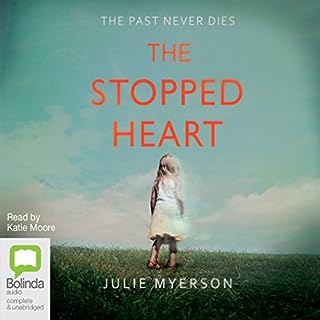 What happens when every parent's worst nightmare comes true - and when the past is unwilling to be the past? Some memories are too powerful to live only in the past. During a ferocious storm, a red-haired stranger appears in the garden of a small farming cottage. Eliza and her parents take him in. But very soon, it's clear he has no intention of leaving. A century later, Mary and Graham have experienced every parent's worst nightmare.

Overlong and repetitive. A clichéd story which lacks any tension or suspense. The dialogue is dreadfully stilted although the narrator tries her best with it. The characters are irritating and unbelievable; the dual narrative predictable. If you want to try a Julie Myerson go for The Story if You. That one will haunt you instead of leaving you bored and impatient with yourself for listening to the end. 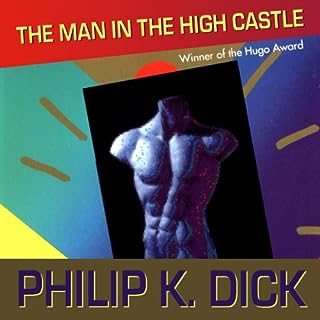 It's America in 1962. Slavery is legal once again. The few Jews who still survive hide under assumed names. In San Francisco, the I Ching is as common as the Yellow Pages. It's all because, some 20 years earlier, the United States lost a war - and is now occupied jointly by Nazi Germany and Japan.

Ruined by a bad narrator

This is a wonderfully atmospheric story exploring the premise that the USA was defeated in World War II and is now occupied by the Japanese and Germans. I am still pondering the meaning of the ending. Unfortunately, the narrator is awful. Read the book instead!