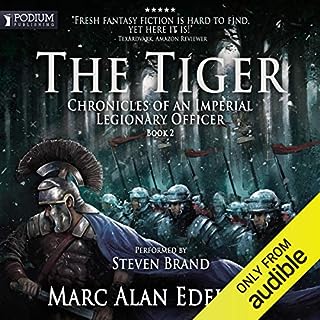 Captain Ben Stiger captured Castle Vrell and rid it of a minion of a dark god. Now he finds himself cut off from the empire, with a hostile rebel army marching on the legion's fortress where they guard the entrance to Vrell Valley. It is not in Stiger's nature to simply wait for the enemy. Badly outnumbered and facing odds greater than 20 to one, he sets out to impede the enemy's advance and show them the steel that the legions are made of.

great reads but only half a book

as with all of Marc Alan edelheits books it's a great listen. but what could be one book he turns in to 3 . purely for monetary reasons . this is how he churns out 3 a year. 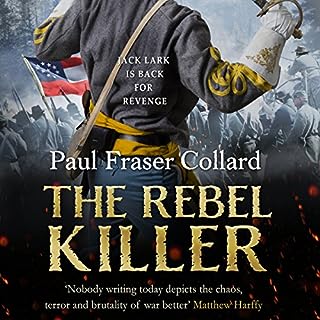 Jack Lark, once the Scarlet Thief, has abandoned the rolling Virginian hills and is on the run with Rose, an escaped slave girl who is more than his match. Soon he will find his way into the uniform of the Confederate Army in an adventure that will culminate at the Battle of Shiloh - the bloodiest conflict in American history at its time.

the story was as I expect from this guy... amazing! the narration is good. only issue it's for some reason the first half of the word of many sentences through out the book keep getting missed from the recording and it's annoying as hack once you notice it 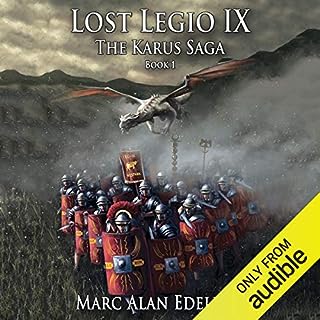 One of history's greatest mysteries, the Ninth Imperial Legion guarding Rome's northernmost frontier in Britannia disappeared around the year 122 AD. Badly outnumbered, facing certain destruction, and cut off from supply, the Imperial Roman Ninth Legion Hispana is surrounded by the hostile Celtic army. Then the unthinkable happens. Senior Centurion Karus and the Ninth are transported to a strange place, far away from the Britannia they knew. The legion's deliverance from danger at first appears to be a blessing from the gods, but....

great but where are the rest!

this is the second series of his that is only half o n here? why is there at least not one complete set? 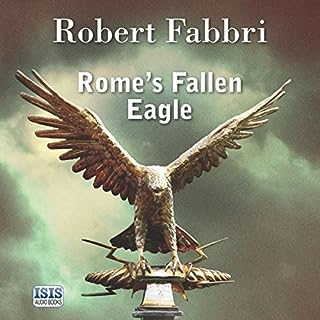 Rome, AD 41. Caligula has been assassinated and the Praetorian Guard have proclaimed Claudius Emperor – but his position is precarious. His three freedmen, Narcissus, Pallas and Callistus, must find a way to manufacture a quick victory – but how? Pallas has the answer: retrieve the Eagle of the Seventeenth, lost nearly 40 years before. Who but Vespasian could lead a dangerous mission into the gloomy forests of Germania?

If you like scarrow or conn igolden you will love this. great story lines. and well read! 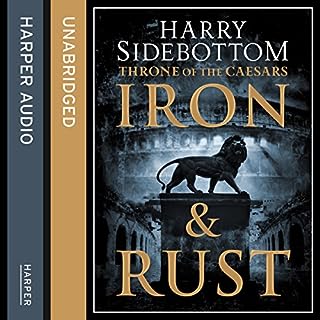 From the bestselling author of WARRIOR OF ROME comes the first book in a new series set in third century Rome, a dramatic era of murder, coup, counter-rebellions and civil war. In a single year six Emperors will lay claim to the Throne of the Caesar.

Ok but not amazing

I found it really hard to get in to this one at points I feels more like a narrative rather then a story that you can really Imerse yourself in to. to many long list of names ect.