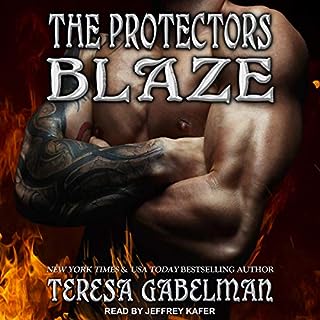 Haunted by a past he's struggling to forget, Blaze once again finds himself a VC Warrior - something he swore would never happen. Confident he could easily walk away again, his connection to a certain redhead makes that decision harder than he imagined. Trying to fit into the Warrior world, Katrina holds a secret that could ruin the new life she is fighting to fit into. And having feelings for a certain Warrior does not make things any easier.

This Book I Was Very Excited To Read But Lacked The Lustre Of The Others. Not Much Of The Raunchy Session And There Was A Mild Violence With A Biker Gang Family That Katrina The Trainee VC Warrior Belonged To. I'm Not Saying It Was A Bad Book But It Lacked The Romance And Drama Of The Other Book. Katrina Father Was The Head Of A Biker Gang But It Concentrate On himself Trying To Get His Daughter Back But Not Doing Much About It. The Only Time They Did Was At The End Of The Book Where The Gang Split Up And were Caught Then Freed By The Defendant Attorney. Blaze Got Caught By Them But That Wasnt Much Of A Fight Either. it Happened Way Too Easily And Quickly. I Expected Blazer To Blow His Top On Anyone Who Hurts His Love But all He Did Was Swear A Lot. Hopefully This Is Just A Blip In The Series And The Next Book Is Back To What I'm Use To Like The Other Book. Raunchy, Violence, And A Lot Of Alpha Males. 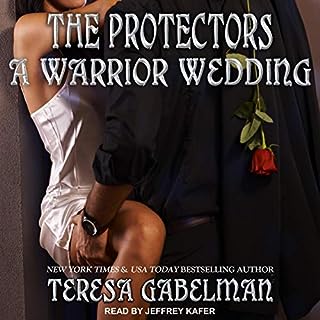 After a devastating blow, the VC Warriors find themselves fighting, but not an enemy they can see. Their power and expertise alone cannot save the ones they love. Breaking new and old laws, one Warrior is determined to save his mate no matter the consequences, but will his mate agree to be his downfall.

I So Love These Alpha Vampires VC Warriors Books. The Live For Their Mates ,Wifes Are So Romantic And Sexy. To Read That They Will Do Anything For Their Loved Ones Is Admiraled And Hot. Their Roadblock With Other Bad Guys ,Slimy Men and Government And How They Overcome Their Obstacles. These Books And All This Authors Books Are So Addictive Reading That Once You Start Reading You Have To Find Out What Happens Next. How It Will End And How Hooks Up With Whom. Fantastic Read For Any Vampire Romance Fans Or Supernatural Reader Too. I Love These And Can't Wait To Read The Next Book And Will Be Sorry When This Series Cones To A End. I So Want The VC Warriors To Find Out How They Are Changing The Half Breed Vampire And Who Is Behind It. We Shall Have To Wait And See What Happens Next. 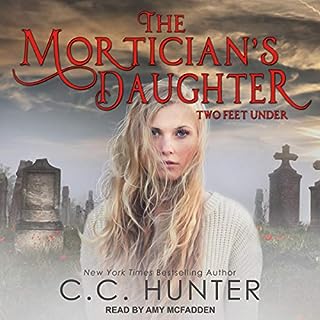 Riley has accepted that her special gift is to help dead people with their unfinished business. But she never thought she'd be tasked with helping the spirit of a convicted criminal who died in prison. He may lead her on the scariest mission yet, but helping him could mean saving the life of a child. The convict's daughter needs a liver transplant, and the one person who could still be a match is his brother...who also happens to be a gang leader.

I've Loved The First Book And This Book Didn't Disappoint Me. This Book Is Even Better than The Last. So Can't Wait To See Carter Fall In Love With Riley And She Learns Bout Her Mother From A Unsuspecting Sorce. Cant Wait To See What Happens Next. 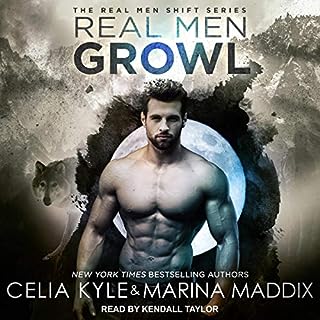 Omega Rachel Fields did what she could to protect her packmates from the evil Riverson werewolves. She endured living side-by-side with the men who murdered her uncle and seized his pack - all while raising her orphaned nephew as her own son. Now that their reign of terror is over, Rachel is determined to live life on her own terms. Gavin Blackwood has one job: Redistribute the survivors of the Riversons to healthy packs. There's only one problem - and she just happens to be the old pack's sexy-as-sin Omega, not to mention the most stubborn she-wolf he's ever met.

Ooooh They Are Getting Good. Another Awesome Story Another Good Wolf Bad Wolf. Such A Detailed Description Of What Pack Life Is Like. Like One Big Family. That Sticks Together No Matter What . Looking Forward For The Next Book. 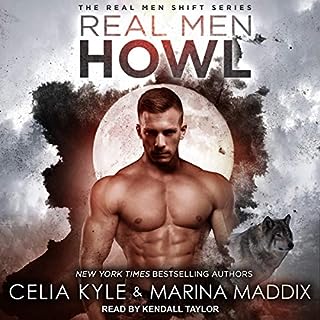 Lucy Morgan left Ashtown, Georgia, 10 years ago and planned to never return. Unfortunately, life didn't get that memo. She's back and now painful memories follow her everywhere. Until she meets him. Mason Blackwood is over six feet of sinfully gorgeous man who - for some reason - wants her. He also thinks he's a werewolf so...yeah. He's crazypants. But when he wants to have his wicked way with her, his sanity doesn't seem all that important anymore. Mason isn't sure how much longer he can remain Alpha over the Blackwood pack.

Real Alpha Men going after their mates. Wrongs righted ,heart healed from past traumas. Love wins over all. Lucy all alone until she saves a young boy and her life changes for the better. she becomes part of a unknown family. And learns to feel loved again. looking forward to the next Installment of these book. I love this Author's writing so she never disappoints me when buying her books. Shifter Romance fans won't be disappointed with these. 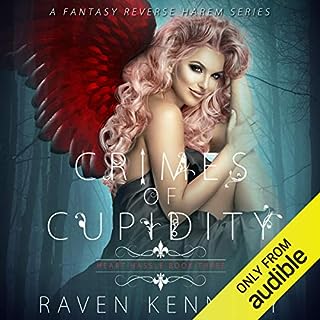 What do you get when you have four mates, one psychotic prince, a horde of rebels, and a cupid who just got yanked out of the realm? A big freaking problem, that’s what. I was supposed to take on my first real mission as a spy. I was supposed to go find my missing mate and discover who our real allies are for the war that’s brewing in the fae realm. Instead, I’m thrown back to where I was first created, Cupidville. And, judging by the look I’m getting from the Head of all Cupidity, and the big Terminate button that he's holding, this problem is about to get much worse.

Utterly Amazing Book. Such Riverting Storyline And Sexual Innuendo, Funny Sexual Innuendo! Love These Books . Could Reread Over And Over And Never Get Board Of These Books And Story. A Must For Romantic Everywhere. Can't Wait To Read Book Four. It's 2am But Must Downloaded Next Book. 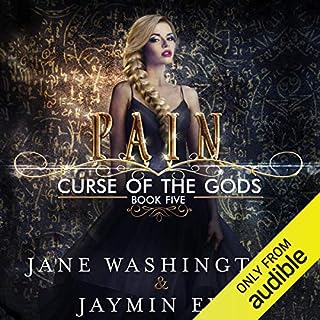 Sometimes history lies, and the tales of Minatsol and Topia are no different. Since the birth of Topia, Staviti has woven a web of deceit around the truth of creation, striving only to maintain his power while destroying anything that gets in his way. Now, Willa and the Abcurses are determined to strip back the layers, to uncover the truth, and to understand the true nature of the two worlds before it's too late. The only problem? Any wrong step in their quest to restore balance might have terrible repercussions. Every single being - living or dead - might have to pay the price.

I'm So Sad This Series Has Ended But I Enjoyed Every Minute Of This Story. And What A Story It Has Been. Such Twist And Turn Abouts. Good Verse Evil. ,And Good Winning. Willa Knight Getting Her Close Knitted Family She Always Wanted. Everyone Equals Gods,Souls,And Dirt Dwellers A Like. I Could Reread This Multiple Times And Never Get Bored Of This Series Of Books. Well Worth The Money. A Explosive Ending Of The Series Of Books. I Can't Wait To See What Other Books This Author Has? 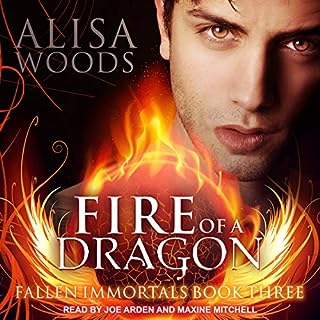 Lucian is a Dragon Prince of the House of Smoke...and he's dying. He has to spawn a dragonling to uphold the treaty that keeps the mortal world safe from the immortal Dark Fae, but a dragon's mate rarely survives the birth of a young dragon, and he can't face the horror of another woman's death on his hands. When he rescues a beautiful woman from a demon roaming the streets of Seattle, he has to seduce her without losing his heart...and before he turns into a feral dragon and breaks the treaty forever.

What can I say about this book but bloody brilliant story. Had my heart in my mouth a few times thinking it's all over with. and still there so much going on you bearly keep up. Such a intense book that you can't let down until you know what happening to the House Of Smoke. On to the next book and Brother. 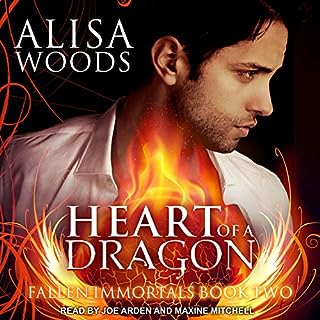 Lucian is a Dragon Prince of the House of Smoke...and he's dying. He has to spawn a dragonling to uphold the treaty that keeps the mortal world safe from the immortal Dark Fae, but a dragon's mate rarely survives the birth of a young dragon, and he can't face the horror of another woman's death on his hands. When he rescues a beautiful woman from a demon roaming the streets of Seattle, he has to seduce her without losing his heart.

Utterly Fantastic Storyline Addictive Reading. Loved Every Minute Of This Book. Was Worried When He Went To His Tome . So Glad It Ended Happy Ever After. Can't Wait For The Next Brothers Story. 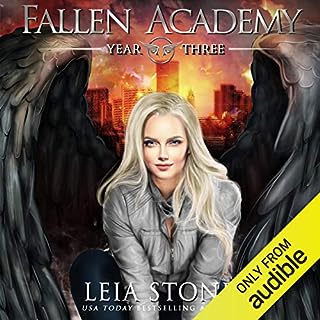 It will take every ounce of strength and training Brielle has to survive year three. Meanwhile, Lincoln will also be fighting his own battle for survival. Each of them worlds apart.

I Adored This Book

This book gets better and better as it goes on.
I can't wait for book 4 to be published and to see what happens next with Lucy (Lucifer) I want Brielle to get Sera her sword back and her friend Raksha, who helped her in hell to go back to her wife and child and become part of Brielle family unit like everyone else. such a awesome read well worth the money. Loved every minute of it but sad it finished but happy there's another book on the way. such mixed feeling.