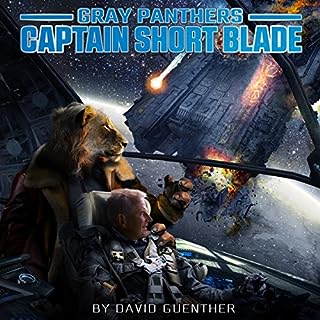 great series but then the vice actor has changed??

really lost my enjoyment of listening to this series due to the voice actor change. my main issue is that shortblade now sounds well bigger and meaner. now I know he's a pocket rocket but the stark change has really lost the hook that the other books in the series had