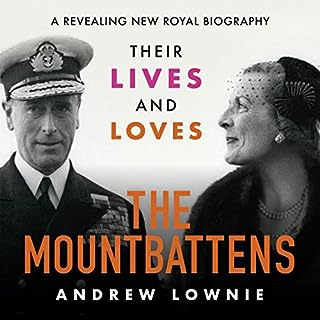 A major figure behind his nephew Philip's marriage to Queen Elizabeth II and instrumental in the royal family taking the Mountbatten name, Dickie Mountbatten's career included being Supreme Allied Commander of South East Asia during World War Two and the last Viceroy of India. Once the richest woman in Britain and a playgirl who enjoyed numerous affairs, Edwina Mountbatten emerged from World War Two as a magnetic and talented charity worker loved around the world.

I listened to a couple of (separate) hours of this but sadly could not carry on. The content is so interesting but it is read in a monotone and so horribly fast that it was unpleasant. Great shame as the subject matter deserves better.