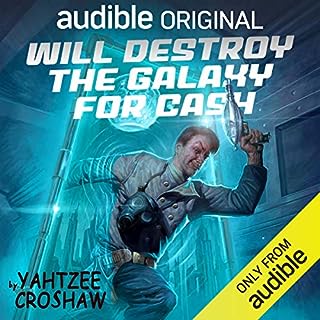 With the age of heroic star pilots and galactic villains completely killed by quantum teleportation, the ex-star pilot currently named Dashford Pierce is struggling to find his identity in a changing universe. Then, a face from his past returns and makes him an offer he can't refuse: take part in just one teeny weeny, slightly illegal, daring heist, and not only will he have the means to start the new life he craves, but also save his childhood hero from certain death.

Yahtzee has done it again

Brilliant and hilarious! Love hearing yahtzee read it too! Got this straight after finishing the first book. 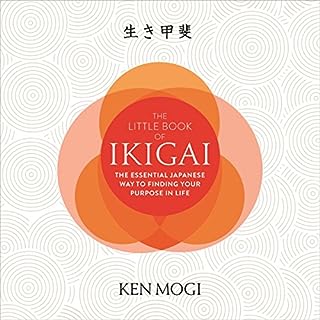 Welcome to ikigai, a Japanese mind-set that will change your life. Ken Mogi, a Japanese expert and best-selling writer, reveals all about this mysterious and fascinating miracle that is at the heart of Japan's record-breaking long life, astonishing appreciation of sensory beauty and inherent mindfulness. It is extraordinary that Japanese men's longevity ranks fourth in the world while Japanese women's ranks second. But perhaps this comes as no surprise....

Loved how the ideas of Ikigai are delivered in this book, I learnt so much about Japanese culture as a bonus. This book feels very personal and I have found it be be immensely helpful in my every day life and daily struggle with anxiety and depression.
On top of that, I love the narration! The reader delivers the perfect amount of emotion and has a soothing tone. Would definitely recommend.