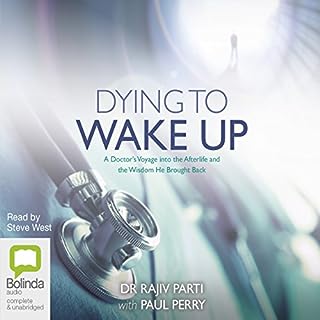 A rare glimpse into heaven, hell, and previous lives - Dr. Rajiv Parti's near-death experience brought him on a journey through the afterworld, leading to a spiritual awakening that transformed his career, his lifestyle, and even his fundamental beliefs. Before his near-death experience, Dr. Rajiv Parti was a wealthy man of science with a successful career as the Chief of Anesthesiology at the Bakersfield Heart Hospital in California. Dr. Parti was the last man to believe in heaven or hell - that is, until he saw them with his own eyes.

This is one of those rare books that not only totally captivates the reader, but also transforms you as you read. I loved this book and have no doubt that what he has experienced was real. It makes you re assess and question your own life and for me it was if I was having the experiences with him. This was recommended to me by a mentor and it did not disappoint. A must read for anyone seeking answers about life and death, energy workers or those questioning their own existence. 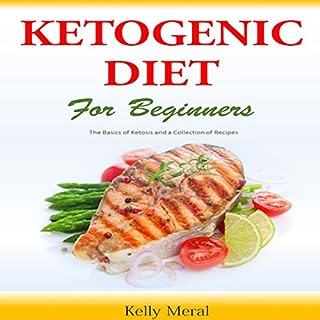 The ketogenic diet is more than just another low-carb diet - it is a type of diet designed to encourage your body to burn stored fats for fuel, thus helping to improve your overall health and, potentially, speed your weight loss. The ketogenic diet has also been linked to relief from or reversal of symptoms for a number of serious health conditions including type 2 diabetes, epilepsy, and even cancer. If you are curious about what the ketogenic diet is and what it can do for you, this book is the perfect place to start.

Waste of time and Money

I have loved most of my Audible Purchases sadly not this one. It was like someone giving you a list of ingredients but no cooking instructions! You could not begin a Ketogenic diet after reading this book as there is no information or even mention of macros that I know my friends doing Keto diets use all the time. Very disappointing.