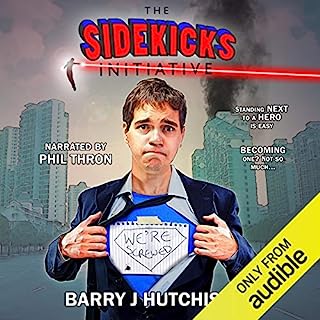 When sworn protectors of Earth, the Justice Platoon, are all horribly killed, their former arch-enemies come crawling out of the woodwork. Outnumbered, outgunned, and out of options, the US government has no choice but to activate the Sidekicks Initiative, dragging the Platoon's middle-aged ex-sidekicks out of retirement. Now these three reluctant, out of shape former child-wonders must work together to stop the rising tide of supervillainy, avenge their former mentors' deaths, and bring the world back from the brink of destruction.

What can I say but excellent

You just have to love the humour in the stories theses guys tell.
Mr Thron is a master at the voices just brilliant and the outtakes are a gem. 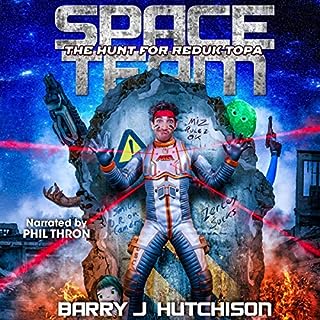 Sick of the stress, aggravation, and multiple genocides they've had to put up with lately, accidental space hero Cal Carver and his crew set off to start a new life in a distant corner of the galaxy. Six tedious days of warp-speed and board games later, they arrive in a sector filled with new hope, new opportunities, and new adventures. Too broke to take advantage of any of these things, they are forced to accept a series of increasingly demeaning jobs just to make ends meet.

You will laugh out loud, then when you hear the out takes you’ll laugh again.... brilliant 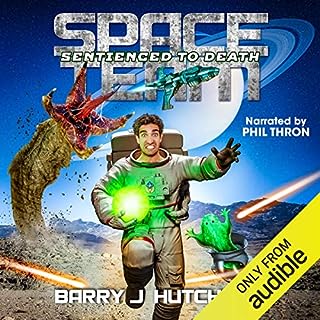 Accidental space adventurer Cal Carver has had a rough few months. He's fought spider-dragons, battled space clowns, and been repeatedly tortured by the galaxy's oldest assassin. And don't even get him started on the squirrel-tits. Now all that's behind him, Cal just wants to kick back and relax. The universe, however, has other ideas. He and his crew find themselves in possession of the Symmorium Sentience, a once god-like entity now stripped of its power.

I can not recommend this series enough, brilliant.
Phil you are the man! The characters are alive in my head.... funk it! 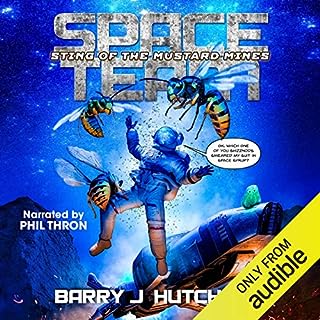 Having journeyed through time in order to restore peace to the galaxy, Cal Carver and Space Team are a little dismayed to find out they may have inadvertently made things even worse...whoops.

This is the funniest in the series so far! Mr Hutchinson the characters are just brilliant. I laughed out loud several times during this book, great fun. Where do you get the ideas from and I bet you just love writing Carl’s lines knowing that Mr Thron is going to have to laugh out loud.
Great story awaiting the next one👍😎

Mr Thron you have brought all these people to life (and in Cal’s case dead and back again again and so on). I really like them all thank you 😊. The out-takes are brilliant, as I heard you read the toilet scene I laughed and at the same time knowing that you would also and I was right. Brilliant. 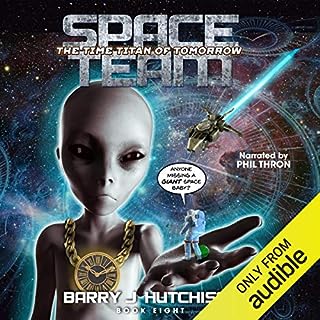 Cal Carver's space team is broke. When they pick up a distress signal from a luxury space cruiser, they think their luck might be about to change. And it does; sadly, not in the way they'd hoped. Someone has detonated a time bomb aboard the cruiser - an experimental device designed to shatter time itself. As the team passes through the fragments, their personal timelines begin moving at very different speeds, and an ageing Cal is forced to live out decades aboard the ship surrounded by his now statuelike crewmates and the mutated, inbred descendants of the cruiser's former inhabitants.

What a great series of books. Narrated by Phil Thron brings the characters to life and you will see them as he reads. The end of this where Phil laughs as he reads parts of the book is priceless.

Honestly I read/listen to many Space yarns and this is the best .... go Kal You shis nod 👍😂 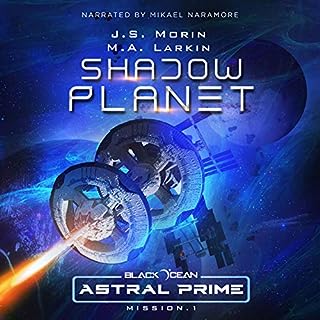 With nothing but the bankrupt station as severance pay, Director Fujita Hiroko moves to the edge of the galaxy to keep the station afloat as an independent mining operation. When the nearby planet vanishes with her and her survey team still on the surface, hopes of mining are quickly replaced by a more pressing goal: finding a way back to her station.

Coming of age for Cedric ...... father like son Mort will be proud. Mr Naramore is one of the best narrators. Just brilliant. 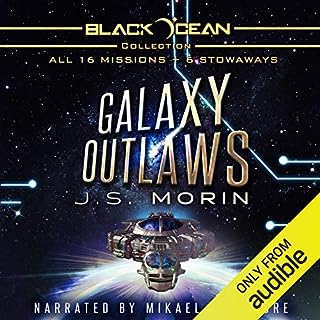 Great series Mr Morin, I miss the characters already having just finished listen them all back to back.
Naramore is a legend he brought them all to life fo me in my minds eye.
Thank you both 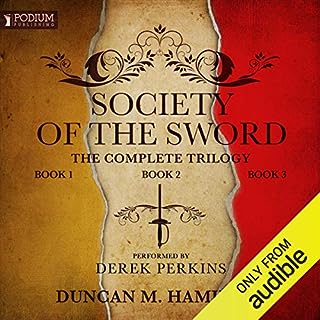 When Soren is plucked from the streets and given a place at the prestigious academy of swordsmanship, he thinks his dream of being a great swordsman has become a possibility. However, with great intrigues unfolding all around him, Soren discovers that he is little more than a pawn to the ambitions of others.

This was an unusual story, extremely well read. The characters were well constructed and you were drawn into there lives immediately. I would like Soren to have learnt more about his gift when on the island. I also expect or hoped that having killed the Mage, there would be room for more? Fingers crossed. 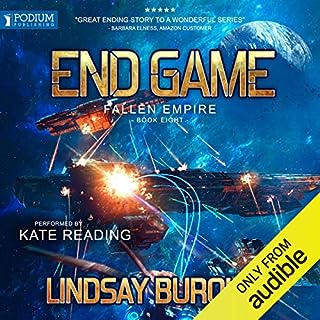 Alisa Marchenko has reunited with her daughter, and even though she hasn't figured out how to get Jelena to accept Leonidas yet, she dreams of the three of them starting a new life together. They can return the Star Nomad to its original purpose of running freight and staying out of trouble (mostly). Before that can happen, Alisa must fulfill the promise she made to Jelena: that she and her crew will retrieve young Prince Thorian, the boy who has become Jelena's best friend. But Thorian was kidnapped by the rogue Starseer Tymoteusz.

Great series and the humour is brilliant.
Kate Reading is absolutely fantastic.
Worth every penny. 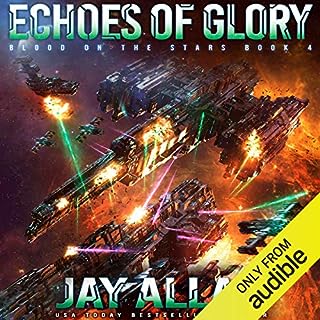 On the worlds of the Iron Belt, the heavily industrialized sector near the Confederation's Core, massive shipyards operate around the clock, producing the great vessels that can end the war. The Union knows it cannot win the economic struggle with its wealthier, more productive enemy, and Sector Nine, its feared spy agency, is not idle. Their focus is not on the front lines, the ravaged border between the two nations, but far off, beyond the Rim, in the strange, militaristic realm known as the Alliance.

Again all happens far to quickly

Thank goodness for Fritz she is the real hero. Why does the enemy use the bombers so effectively but Baron doesn’t?