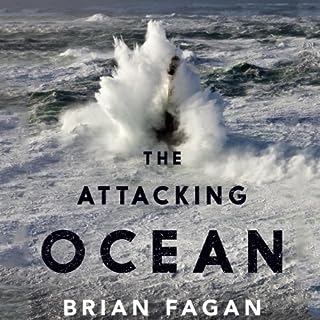 The past fifteen thousand years--the entire span of human civilization--have witnessed dramatic sea level changes, which began with rapid global warming at the end of the Ice Age, when sea levels were more than 700 feet below modern levels. Over the next eleven millennia, the oceans climbed in fits and starts. These rapid changes had little effect on those humans who experienced them, partly because there were so few people on earth, and also because they were able to adjust readily to new coastlines.

A good listen which tells the story from prehistoric conflicts with sea level change building up to the modern day and future conflicts.