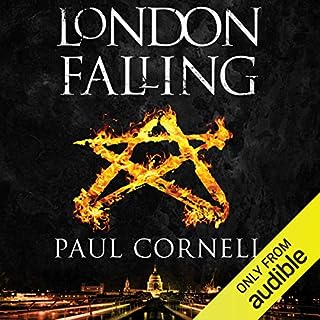 Detective Inspector James Quill is about to complete the drugs bust of his career. Then his prize suspect, Rob Toshack, is murdered in custody. Furious, Quill pursues the investigation, co-opting intelligence analyst Lisa Ross and undercover cops Costain and Sefton. But nothing about Toshack’s murder is normal. Toshack had struck a bargain with a vindictive entity, whose occult powers kept Toshack one step ahead of the law - until his luck ran out. Now, the team must find a 'suspect' who can bend space and time and alter memory itself. And they will kill again.

I enjoyed it but it was a bit confusing and waffly in places, I listened while I work and had to go back quite a lot as it really needs full attention. I think I would prefer to read the book as I'd be able to soak it in better. It was good though and good narration, darker and less funny than rivers of London but similar themes

Atticus O'Sullivan, last of the Druids, lives peacefully in Arizona, running an occult bookshop and shape-shifting in his spare time to hunt with his Irish wolfhound. His neighbors and customers think that this handsome, tattooed Irish dude is about twenty-one years old - when in actuality, he's twenty-one centuries old. Not to mention: He draws his power from the earth, possesses a sharp wit, and wields an even sharper magical sword known as Fragarach, the Answerer.

Strangely boring. Not even sure why, plenty if actin but just somehow dull! Always in the look out for a new series but this isn't for me. 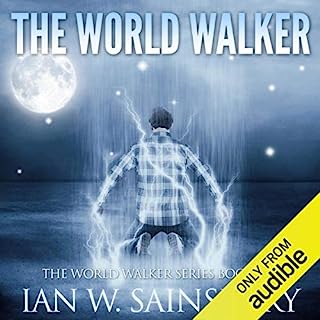 Just outside Los Angeles, a prisoner hidden away for 70 years sits up, gets off the bed and disappears through a solid wall. In Australia, a magician impresses audiences by producing real elephants. Nobody realizes it's not an illusion. Across the world, individuals and organizations with supernatural power suddenly detect the presence of something even they can't understand. At the center of it all, Seb Varden, a 32-year old musician with a secret in his past, slits his wrists, is shot dead and run over on the freeway.

Lots of interesting ideas, easy to listen to. The non American accents were appalling but I just ignored that! I'd like to find out what happens next. 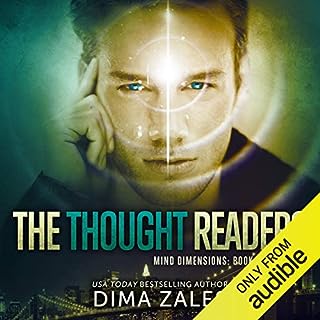 Everyone thinks I'm a genius. Everyone is wrong. Sure, I finished Harvard at eighteen and now make crazy money at a hedge fund. But that's not because I'm unusually smart or hard-working. It's because I cheat. You see, I have a unique ability. I can go outside time into my own personal version of reality - the place I call - "the Quiet" - where I can explore my surroundings while the rest of the world stands still.I thought I was the only one who could do this - until I met her.

It's not a great book but perhaps reading it yourself it might be better because the narration is just awful, I don't know how people get these jobs! 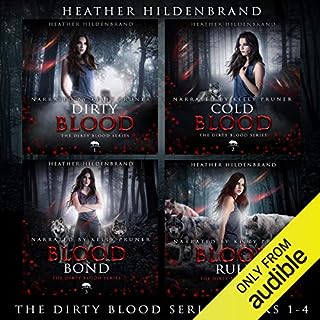 I killed a girl last night. I did it with my bare hands and an old piece of pipe I found lying next to the dumpster. But that's not the part that got me. The part that scared me, the part I can't seem to wrap my head around and still has me reeling, was that when she charged me, her body shifted - and then she was a wolf. All snapping teeth and extended claws.

Sadly I was so sick of Tara by the end of the 4th book I could barely finish it, won't be going back to the fifth! I bought this because it's a box set, but sadly it's just not very good. 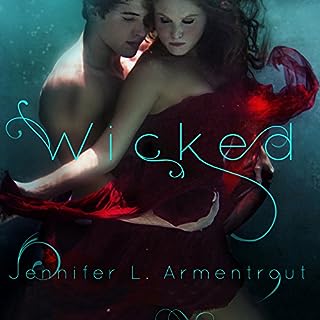 Twenty-two-year-old Ivy Morgan isn't your average college student. She, and others like her, know that humans aren't the only thing trolling the French Quarter for fun... and for food. Her duty to the Order is her life. Four years ago, she lost everything at the hands of the creatures she'd sworn to hunt, tearing her world and her heart apart. Ren Owens is the last person Ivy expected to enter her rigidly controlled life. He's six feet and three inches of temptation and swoon-inducing charm.

I gave up on this about an hour from the end, first couple of chapters were OK but then it just turned into a rank porno. The storyline didn't do much and the romance between the main characters was a total bore with no depth just loads of aching breasts etc. Her breasts ached pretty much evertime ren looked at her it is a joke. If this is what you want then I guess you will love it but I just found it grim in the end it was more and more explicit sex and less and less story as it went on. I absolutely love the shadow hunter books by cassandra clare and this is absolutely not in the same ballpark sadly. 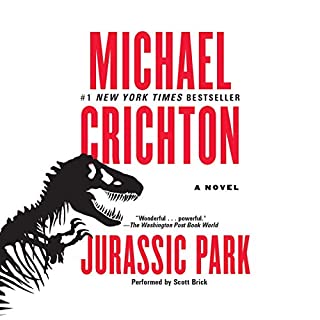 Audie Award, Science Fiction, 2016. An astonishing technique for recovering and cloning dinosaur DNA has been discovered. Now humankind's most thrilling fantasies have come true. Creatures extinct for eons roam Jurassic Park with their awesome presence and profound mystery, and all the world can visit them - for a price.

Perfect narration it's such a fantastic book I love it every time. Go jp! Get it 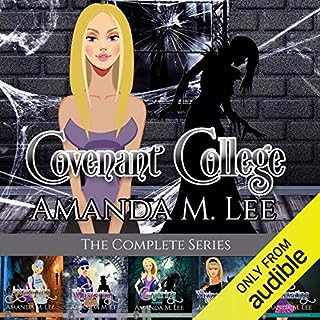 Zoe Lake is heading off to college - and she's excited. It's not a regular college, though. It's a magical college full of vampires, werewolves, ghosts, witches, sphinxes - and pretty much everything else you can imagine. Despite the monsters, it's often human nature that threatens her life most.

I grew to love it

I almost gave up on this as the first hour is so boring but I was addicted after that. If you like supernatural and are a sucker for a live story like I am, and can overlook general failings in plot etc you can enjoy this! At first the characters are just very annoying but somehow grow on you. After that the only thing that bothered me was that there is sooo many unanswered questions in each book, thing suggested or stated but never resolved like the writer just forgot about it. But who cares after the initial 'this is so bad and my brain is dripping out my ear' it grew on me so much I just downloaded the second trilogy straight after so that says it all. 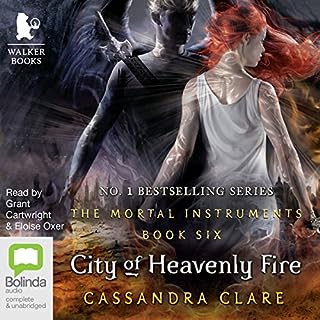 Sebastian Morgenstern is on the move, systematically turning Shadowhunter against Shadowhunter. When one of the greatest betrayals the Nephilim have ever known is revealed, Clary, Jace, Isabelle, Simon and Alec must flee – even if their journey takes them deep into the demon realms, where no Shadowhunter has set foot before, and from which no human being has ever returned. Love will be sacrificed and lives lost in the thrilling and long-awaited final installment of the bestselling and acclaimed Mortal Instruments.

This whole series is fantastic. Yes the narration is really not the best in any of the books but I guess I was able to overlook it because I love the stories 🙂 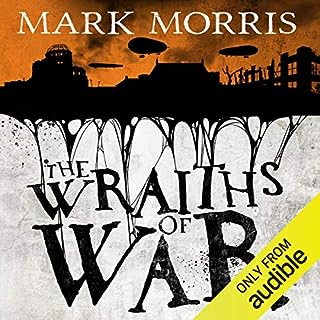 I wish I'd liked it more

book three, and in all honesty it was so rambling and kind of boring I doubt I would have finished it if I hadn't felt an obligation to the trilogy! none of the action or suspense of the first too, just long confusing and with an irritating amount of narration. sorry!