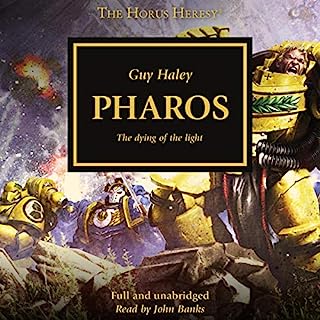 The ending was great, really revealed some background to the nightlords, made me want to collect them 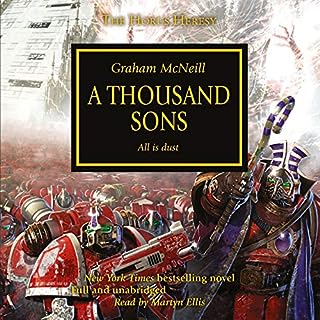 Censured at the Council of Nikaea for his flagrant use of sorcery, Magnus the Red and his Thousand Sons Legion retreat to their homeworld of Prospero to continue their use of the arcane arts in secret. But when the ill-fated primarch forsees the treachery of Warmaster Horus and warns the Emperor with the very powers he was forbidden to use, the Master of Mankind dispatches fellow primarch Leman Russ to attack Prospero itself.

sooo good. really enjoyed this book, showing the beginnings of the thousand sons, how they became to be who they are.. 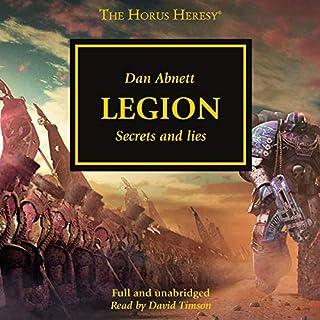 A Great War is coming, and it will engulf the Imperium of Man. The Space Marines of the Alpha Legion, the last and most secretive of all the Astartes brotherhoods, arrive on a heathen world to support the Imperial Army in a pacification campaign against strange and uncanny forces. But what drives the Alpha Legion?

great story. one characters got annoying

hennika got annoying. didn't like that accent good read. can't wait to listen to next 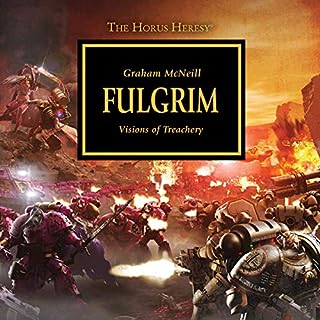 Under the command of the newly appointed Warmaster Horus, the Great Crusade continues. Fulgrim, Primarch of the Emperor's Children, leads his warriors into battle against a vile alien foe, unaware of the darker forces that have already set their sights upon the Imperium of Man. Loyalties are tested and every murderous whim indulged as the Emperor's Children take their first steps down the road to true corruption - a road that will ultimately lead them to the killing fields of Isstvan V....

great story and a good carry on of the series, looking forward to my next