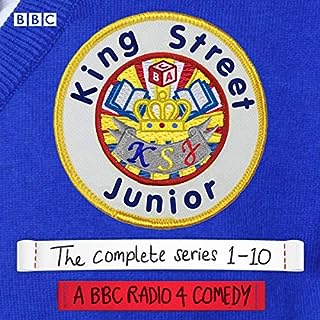 From Parents’ Evening to the PTA, and from supply teachers to staff room squabbles, every day brings fresh challenges for headmaster Mr Beeston. Among the problems facing him are a flu epidemic, a shortage of computers, a phantom prune thief and a mysterious graffiti artist - and there’s trouble in store when in comes to sex education, school trips and Sports Day. Meanwhile, idealistic newcomers Mr Brown and Mr Sims learn some lessons about teaching, and their battle-scarred colleagues vie for promotion - or look forward to retirement.

What a great 10 series of a fantastic school radio drama, whould highly recommend giving this a listen. Kept me entertained for the past month a few episodes aday. 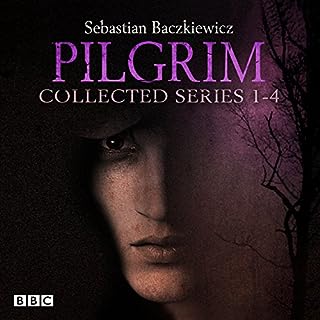 The first four series of the original BBC Radio 4 fantastical drama series set in a world almost, but not quite, like our own. Paul Hilton stars as William Palmer, the immortal, reluctant and unthanked hero protecting mankind from an enemy they resist believing in: the Grey Folk. Thrilling, dark and contemporary, the dramas are set in a recognisable present day but one haunted by the folktales of the British Isles: drowned villages, changeling children, werewolves and unruly nature spirits.

enjoyed listening to every episode will certainly be downloading the next set of episodes. 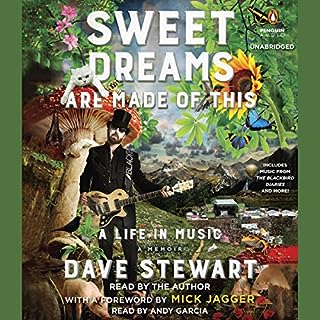 Dave Stewart's life has been a wild ride - one filled with music, constant reinvention, and the never-ending drive to create. Growing up in industrial Northern England, he left home for the gritty London streets of the '70s, where he began collaborating and performing with various musicians, including a young waitress named Annie Lennox. 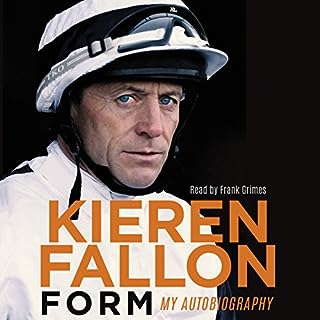 Kieren Fallon was one of the world's greatest jockeys, but his career was littered with controversial incidents. Now, in his powerful and honest autobiography, he tells all. Unabridged audio read by Frank Grimes. British Champion Jockey six times - without terrifying injury and mental trauma it could have been many more - he won more than 2,250 races, including the Derby three times, the Prix de l'Arc de Triomphe twice, and more 2,000 and 1,000 Guineas (nine) than anyone else in the history of the sport. 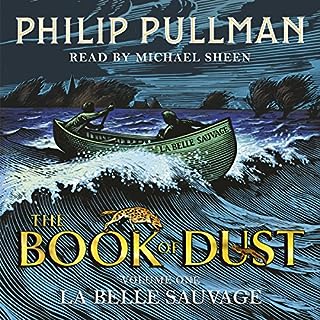 Philip Pullman returns to the world of His Dark Materials with this magnificent first volume of The Book of Dust series. Eleven-year-old Malcolm Polstead and his dæmon, Asta, live with his parents at the Trout Inn near Oxford. Across the River Thames (which Malcolm navigates often using his beloved canoe, a boat by the name of La Belle Sauvage) is the Godstow Priory where the nuns live. Malcolm learns they have a guest with them - a baby by the name of Lyra Belacqua....

this was a great book. after listening to all the his dark materials series, when I found out there was going to be another trilogy I couldn't wait to listen. now the waiting beggins again for the. second of this one to be released. 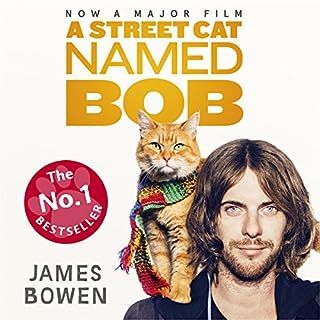 When James Bowen found an injured, ginger street cat curled up in the hallway of his sheltered accommodation, he had no idea just how much his life was about to change. James was living hand to mouth on the streets of London and the last thing he needed was a pet. Yet James couldn't resist helping the strikingly intelligent tom cat, whom he quickly christened Bob. He slowly nursed Bob back to health and then sent the cat on his way, imagining he would never see him again. But Bob had other ideas.

very much enjoyed listening to this after watching the film. lots of bits missed out in the film but a great story. will definitely listen to the other two books in the series. 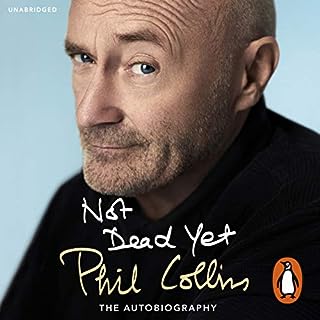 Phil Collins gained fame as both the drummer and the lead singer for Genesis and continues to enjoy worldwide success today. He's one of only three recording artists who have sold over 100 million albums both as solo artists and separately as principal members of bands - the other two being Paul McCartney and Michael Jackson.

I really enjoyed listening to this book, after growing up listening to genesis music and phils solo albs as my dad was a big fan. 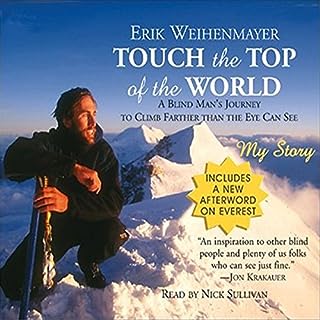 Erik Weihenmayer was born with retinoscheses, a degenerative eye disorder that would leave him blind by the age of 13. But Erik was determined to rise above this devastating disability and lead a fulfilling and exciting life. In this poignant and inspiring memoir, he shares his struggle to push past the limits imposed on him by his visual impairment - and by a seeing world.

fantastic book just shows what someone with sight. loved this book and would recommend it to anyone who enjoys climbing 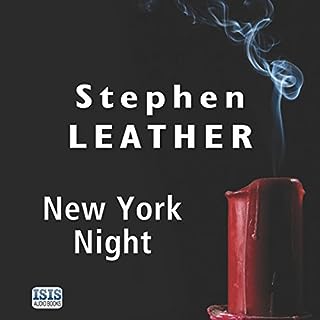 Teenagers are being possessed and turning into sadistic murderers. Priests can't help, nor can psychiatrists. So who is behind the demonic possessions? Jack Nightingale is called in to investigate and finds his own soul is on the line. 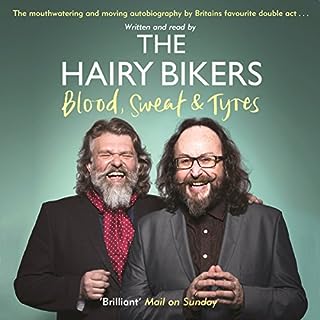 Si King and Dave Myers, aka The Hairy Bikers, have lived life to the fullest. They had fantastically rich northern childhoods laced with food and fun, but of course with some tragedy too. But we also get to know the early Bikers - we find out how their friendship developed and all of the mad capers and round-the-world trips they went on. Perfect for their fans, heavily seasoned with warmth, food, love, bikes and bro-mance, the Hairies never fail to entertain.

after watching them on tv and now listening to this book was a great choice. enjoyed listening and hearing about the two bikers and their individual lifes around cooking and bikes. also was great listening to the book being read by them