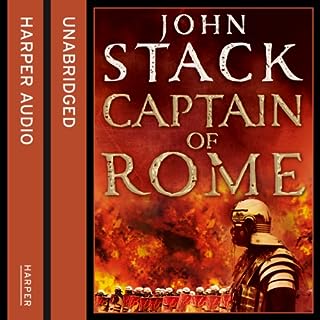 Atticus is the young captain of the Aquila, the flagship of the attack fleet of the Roman navy. But his commander is a young upstart whose position has been purchased rather than earned. Bound to obey his inexperienced commander's rash orders, Atticus sails straight into a carefully-laid trap. In the battle that follows, it is only by defying his commander that he can pull his men back from the brink of defeat.

This book is good but the narrator seems to be non enthusiastic about it and leaves the listener confused when there is not enough time gaps between paragraphs and chapters.