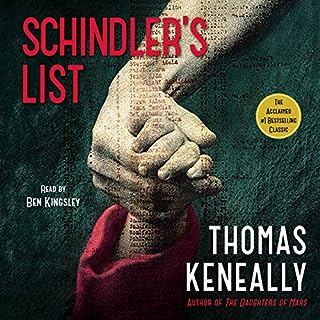 In the century's darkest time, one man became the most unlikely of heroes. German-Catholic industrialist and Nazi Party member Oskar Schindler used his wealth and influence to save the lives of more than 1,300 Jews who would have otherwise died in the concentration camp at Plaszow. Here is the story on which Steven Spielberg based his powerful motion picture.

I've read this book many a time but to have it read to me was something special.It never gets any less interesting with any read and is a story of beauty from tragic loss.