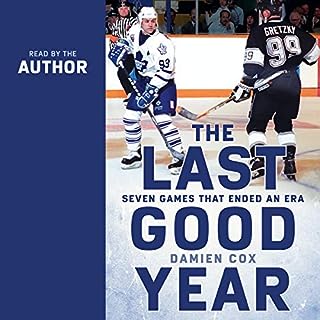 Taking us back to that feverish spring, The Last Good Year gives an intimate account not just of an era-defining seven games, but of what the series meant to the men who were changed by it: Marty McSorley, the tough guy who took his whole team on his shoulders; Doug Gilmour, the emerging superstar; celebrity owner Bruce McNall; Bill Berg, who went from unknown to famous when the Leafs claimed him on waivers; Kelly Hrudey, the Kings' goalie who would go on to become a Hockey Night in Canada broadcaster; Kerry Fraser, who would become the game's most infamous referee.

Great listen about an epic series between the leafs and kings. Well worth a go for hockey fans. 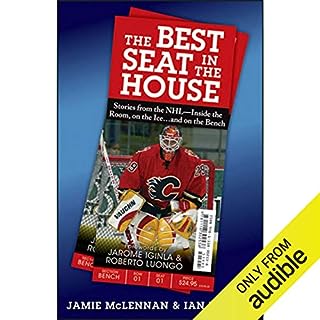 A back-up goalie's hilarious behind-the-mask look at life in the NHLJamie McLennan spent 20 years playing professional hockey. Sort of. As the backup for such legendary goalies as Grant Fuhr, Ron Hextall, Roberto Luongo, and Miikka Kiprusoff, he saw everything - except much playing time.

hockey tales from the show...great listen

funny, interesting and insightful....a must for hockey fans! well worth a listen! 5 star listen.