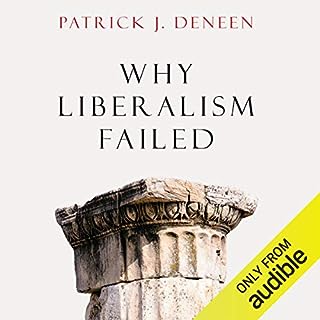 Of the three dominant ideologies of the 20th century - fascism, communism, and liberalism - only the last remains. This has created a peculiar situation in which liberalism's proponents tend to forget that it is an ideology and not the natural end-state of human political evolution. As Patrick Deneen argues in this provocative book, liberalism is built on a foundation of contradictions.

What happens if history did not end?

A culture war. Or perhaps a cultural v acultural war. Good contribution to the debate. 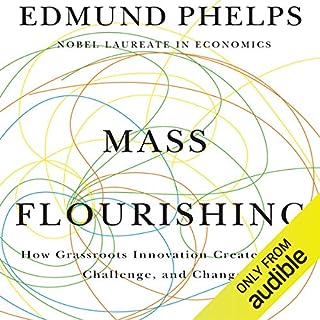 In this book, Nobel Prize-winning economist Edmund Phelps draws on a lifetime of thinking to make a sweeping new argument about what makes nations prosper--and why the sources of that prosperity are under threat today. Why did prosperity explode in some nations between the 1820s and 1960s, creating not just unprecedented material wealth but "flourishing"--meaningful work, self-expression, and personal growth for more people than ever before?

The central idea is interesting but the digressions wander too far. Good narration of difficult audio material. 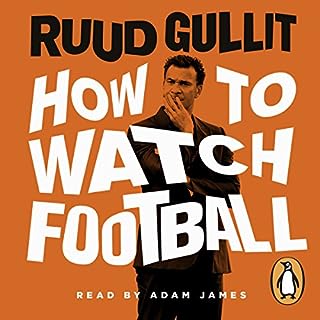 How can one striker be better than three? Why do the best defenders never need to make a tackle? What's the secret of tiki-taka? Welcome to Ruud Gullit's master class on how to 'read' a match. From his unrivalled perspective as player, manager and pundit, the Dutch football legend shows us everything to look for in a 90 minute match. From formations and tactical decisions to player qualities and pivotal moments, Ruud Gullit unveils the hidden patterns on the pitch

The contents have nothing to do with title. Gullit does not offer any themes, principles or techniques with which to enhance your understanding or enjoyment of football. I kept waiting for it to gel into something coherent - but it never does. The book instead comes across as a series unconnected observations, anecdotes and reminiscences. Avoid. 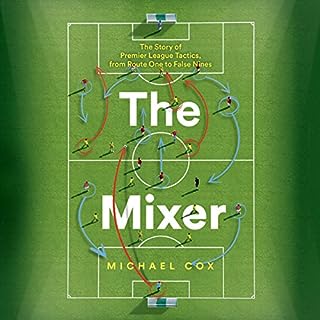 An absolutely essential book for every modern football fan, about the development of Premier League tactics, published to coincide with 25 years of the competition. Back in 1992, English football was stuck in the dark ages, emerging from a five-year ban from European competition. The game was physical, bruising and attritional, based on strength over speed, aggression over finesse. It was the era of the midfield general, reducers, big men up front and getting it in the mixer; 4-4-2 was the order of the day.

One of the best books about football ever

The book is really good because it manages to capture all the elements of football success. Books about football tactics can just lapse into being about as exciting as a drum solo - great for afficionados but mind-numbing for others. Michael Cox though, while showing that tactics are important, weaves them wonderfully into a narrative ground in reality. The events, peronalities and luck are all there in the mix with tactics.