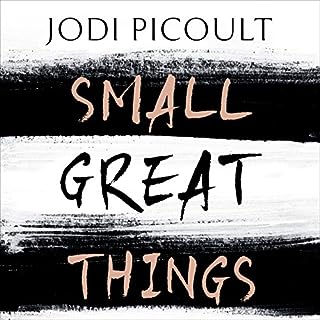 The new audiobook from number one best-selling author Jodi Picoult, with the biggest of themes: birth, death, and responsibility. When a newborn baby dies after a routine hospital procedure, there is no doubt about who will be held responsible: the nurse who had been banned from looking after him by his father. What the nurse, her lawyer and the father of the child cannot know is how this death will irrevocably change all of their lives, in ways both expected and not.

Ambitious and a force for good, despite its flaws

As always, Picoult tackles a difficult social theme through the eyes of different characters. The main premise is interesting and the white supremacist is drawn well. Unfortunately, however, the black characters are one-dimensional and stereotyped. Plus the twist at the end was unnecessarily contrived. Even so, I'm glad I read this book. I enjoyed it and it provides plenty of food for thought. 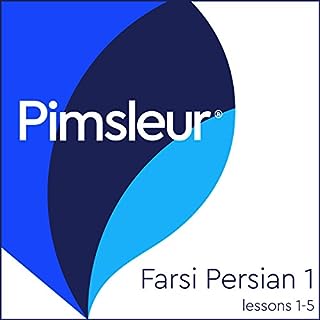 Each lesson in Farsi Persian Level 1 Lessons 1-5 provides 30 minutes of spoken language practice, with an introductory conversation and new vocabulary and structures. Detailed instructions enable you to understand and participate in the conversation. Each lesson contains practice for vocabulary introduced in previous lessons. 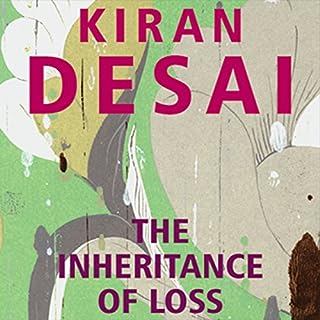 At the foot of Mount Kanchenjunga in the Himalayas, lives an embittered old judge who wants nothing more than to retire in peace. But this is far from easy with the arrival of his orphaned granddaughter Sai, come to live with him and his chatty cook.

The dissection of cruelty

What made the experience of listening to The Inheritance of Loss the most enjoyable?

Magnificent, extraordinary writing. A wonderful command of a broad sweep of subjects, from the politics of insurgency to the ice of a loveless marriage, from mountain landscapes to comical dialogues between characters stuck in their own obstinate outlooks. Desai is highly adept at moving back and forth in time. I thought Tania Rodrigues did a great job of reading it.

What was one of the most memorable moments of The Inheritance of Loss?

So many. The robbery at the beginning. Biju's attempts to make good in New York. The downfall of the poor priest trying to photograph a butterfly. But ultimately, what will remain with me, I fear, is the judge's cruelty and its origins in racist ostracism.

She managed a wide range of voices, even rather a good song at one point, capturing the atmosphere of the book and its characters very well.

Many. The fate of the man who is tortured for the crime he didn't commit and that of his family is particularly unbearable. I tried not to be disproportionately moved by the fate of the dog, amid so much mayhem, but did not succeed.. The judge's wife, unfortunately, was one of the characters who was not entirely realized.

I have to say, this book left me wondering to what extent novelists have a duty to infuse a little hope in their fictions. Yes, Sai will make her way, and possibly her young man might also be 'saved', but the overall despair exuded by the book, in spite of the fact that there are long sections of very funny dialogue, is extremely depressing. In that sense I was almost reminded of Jude the Obscure.