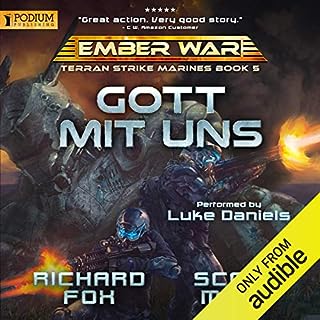 Lieutenant Hoffman and the exhausted Marines of Valdar's Hammer are called upon to make a desperate assault against the enemy's home world. But the foe is prepared, and their planet is a death trap. While the Strike Marines fight for their lives, the fabled ship Breitenfeld remains captured by the Ibarra Nation, and the Ember War hero Valdar languishes in a cell. The ship and her captain are held on a strange world of the Ibarra's design, and only the Hammers can free them.

Another great story of my favorite space marines

You already know I like the story and the excellently written and portrayed characters. My favorite space marines since Starship Troopers continue their saga. 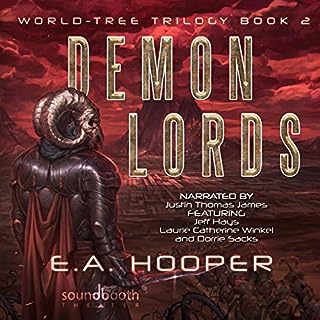 It’s been years since anyone has seen Noble Vincent, the player that brought down World-Tree Online’s tyrannical moderator. Even with a lifetime of perceived experiences in the game, he still has centuries to go before the update finally ends and the people trapped in the game are freed. After taking a long vacation and traveling to many worlds, he realizes its time to get his team back together so they can try to reach the top of the World-Tree.

Should have wrapped it up in the first book

Took hours for the plot to make its first showing. Introduced several new main characters that required constant timeline leap frogging back and forth that made it confusing and totally unnecessary. The MC's "invention" of negative energy spells turns out not to have been revolutionary afterall since pretty much everyone had them in this book decades before he even started playing the game. Again there's massive jumps in time with a 43 year training montage toward the end, all the while people are being tortured for no good reason other than a poor attempt to create a sense of urgency. I didn't care for the extraordinary length of time the story uses for some unfathomable reason. There simply wasn't a purpose for a second book other than to burn the remaining 200+ years for the patch to come out by rehashing the same plot from the first book and free everyone. 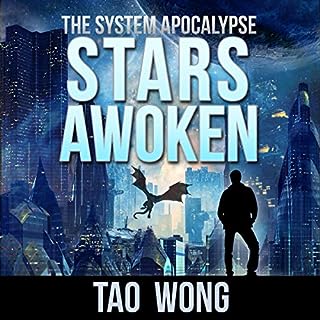 John Lee has left Earth behind him as he travels to the capital of the Galactic Council. Seeking rest and an answer to what the enigmatic System is, John plans to spend his time reading and researching on Irvina. But fate has other plans for the human Paladin. Faced with a new quest and a Galactic Society that is as unfair to its citizens as it was to Earth, John must decide if his desire for a quieter life outweighs his conscience.

felt a lot shorter than 9 hrs

Maybe that's a good thing? Love the series, but this one really left me unfulfilled. Felt very short with little in the way of story advancement. Minimal plot and advancement. Felt more like a side story. 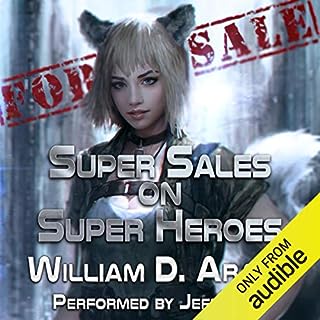 In a world full of super powers, Felix has a pretty crappy one. He has the ability to modify any item he owns. To upgrade anything. Sounds great on paper. Almost like a video game. Except that the amount of power it takes to actually change, modify, or upgrade anything worthwhile is beyond his abilities. With that in mind, Felix settled into a normal life. A normal job. His entire world changes when the city he lives in is taken over by a super villain. Becoming a country of one city. A city state.

Been a while since a series hooked me so fast

You might say it starts out as a slow burn, at least action-wise, and yet the story and narrating are engrossing. I know I truly like a story when I start looking forward to my walks (where I do 99% of my listening) and am bummed out when I can't. Great story and cast of characters all brought to life by Jeff Hay's excellent narration. My only quibble is that there are times when the recitation of character sheets comes too often. 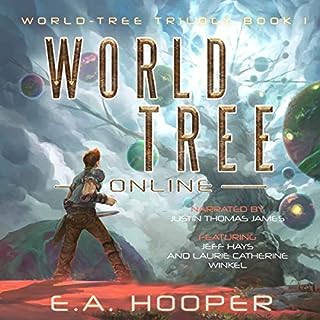 Within minutes I was like, "OK, this guy watched Sword Art Online and decided to write a book." That's fine. Inspiration comes from many places. It certainly isn't anything close to a play by play rewrite, but I'd be surprised if the author hasn't watched the show.
Anyway, the story is good as are the characters. The narrator isn't my favorite from Sound Booth Theater, but he does a good job as always. What really made this book stand out to me was the villain. I don't think I've ever read or listened to a villain written in a realistic manner as this one was. Most villains are villains because they want to be. "Mwah, I'm a bad guy because I want to be a bad guy and to horrible things to people." That's not how real villains are made. Often they are a physically/emotionally weak person who feels like they deserve far more than they've been given and suddenly come into the power they think they deserve.

That's what this author did with his villain. He's an emotionally weak, immature little twat who suddenly becomes a bigshot. In his mind, he's a hero, saving the world from itself. He then begins a downward spiral when people and events don't all go his way. He has so thoroughly convinced himself that he's the hero and anyone who opposes him is the villain. Bravo.

My only issue with the story is the timeframe. The book takes huge leaps forward in time. I'm talking decades in the virtual world, yet the characters advance only marginally. I don't think such massive chunks of time was necessary to convey the level of oppression and suffering some people felt under the villain's rule. In the end, it's a small thing. 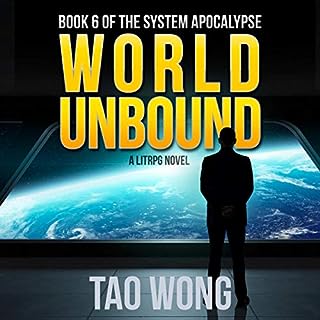 Finding his way back to Earth through a portal, John returns to a very changed world. The shackles of galactic control have bound Earth and humanity ever tighter to the system. Now, John has to find a way to free Earth from galactic control while battling stronger, more powerful enemies. And worst of all, he will need to indulge in politics. Good thing he's got a new class and new allies.

Sing it: Everything is awesome!

Love this series. Probably my favorite. The voicing, characters, and story are all top notch. 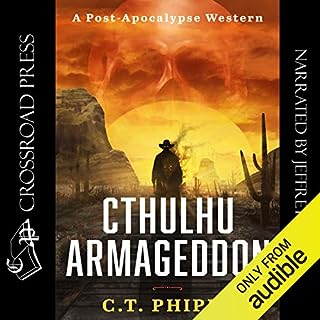 Cthulhu Armageddon is the story of a world 100 years past the rise of the Old Ones which has been reduced to a giant monster-filled desert and pockets of human survivors (along with Deep Ones, ghouls, and other "talking" monsters).

I wasn't captivated by the story nor was I bored or disinterested. Kafer does a great job. I like his narration even though he has limited voice range. 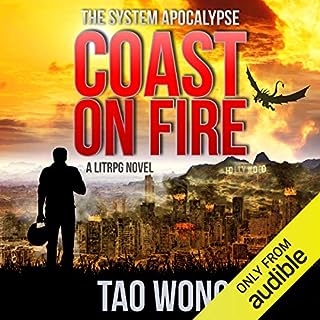 Reluctant ruler of the settlements in British Columbia, John and his friends must now face even greater dangers as they seek to free other human settlements from Galactic control in North America. But John's enemies have begun to take notice of the burgeoning resistance and take steps to stop him and the human resistance including bringing in Master Class help. Can John navigate the treacherous waters of Galactic politics and human interests without compromising his beliefs or sacrificing his friends?

One of the most enjoyable stories I've listened to. Every book in this series makes you want more. Can't wait until the next one is available. 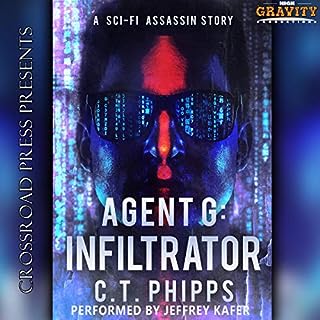 In a world where virtually any death can be bought for the right price, follow the path of a high-tech assassin searching for answers to questions he shouldn't be asking along with his next target. Agent G is a Letter, one of the Society's 26 weapons for hire.

Good shootem up with a strong story and characters

Very enjoyable listen. kafer does an outstanding job. So far, my favorite Audiobook from Mr. Phipps. 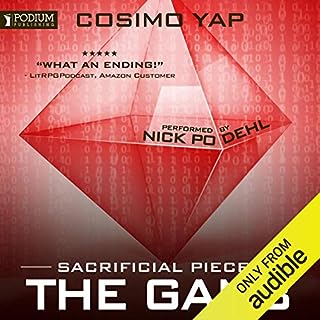 After failing to take down the United World Government, Alan is a wanted fugitive on Earth. With nowhere else to go, he leads the Black Rose guild into the Abyss Labyrinth. But hidden agendas thrive within the mercenary guild, and Alan soon discovers larger forces at play.

Continues to be a great series

As one of the first and few sci-fi LitRPG listens, I've really enjoyed the series and look forward to more.