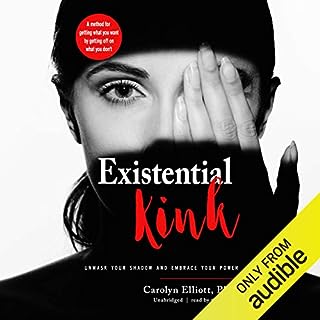 Each of us has a dual nature: we are light (conscious) and dark (unconscious). The dark side of our personality - the “other,” the shadow side - is made up of what we think is our primitive, primal, negative impulses - our “existential kink.” Our existential kink also drives the dark or negative repeating patterns in our life: always choosing the abusive partner or boss, settling for less, thinking that we’re undeserving, not worthy. But it also is the source of our greatest power.

A masterful technique of shadow integration with a metaphysical and spiritual approach. Will make particular sense to people with an understanding of the psyche and unconscious, and with the Vedas and Upanishads, and meditation techniques such as Vipassana. Will help any body who is brave enough, to come out of self sabotaging habits and repeatedly attracting negativity into their life. Carolyn's voice is also pleasant to listen to. Unlike some audible narrators who can somewhat ruin the listening experience by talking too fast or with a breathy voice, or with unauthentic tone. Carolyn's voice shows how successfuly integrated and individuated she is. Brilliant book. 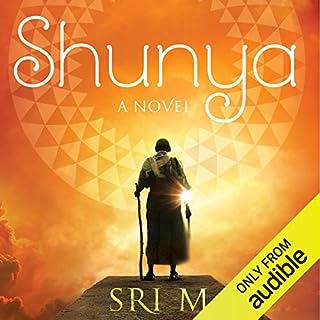 He appears out of nowhere in a sleepy little neighbourhood in suburban Kerala. He calls himself Shunya, the zero. Who is he? A lunatic? A dark magician? A fraud? Or an avadhuta, an enlightened soul? Saami, as they call him, settles into a small cottage in the backyard of the local toddy shop. Here he spins parables, blesses, curses, drinks endless glasses of black tea and lives in total freedom. On rare occasions, he plays soul-stirring melodies on his old bamboo-reed flute. Then, just as mysteriously as he arrived, Shunya vanishes, setting the path for a new avadhuta, a new era.

Fiction? Or past life realities woven together by a true master.... excellent reading for the spiritual aspirant.