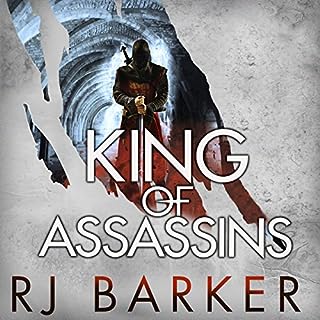 Many years of peace have passed in Maniyadoc, years of relative calm for the assassin Girton Club-Foot. Even the Forgetting Plague, which ravaged the rest of the kingdoms, seemed to pass them by. But now Rufra ap Vthyr eyes the vacant High-King's throne and will take his court to the capital, a rat's nest of intrigue and murder, where every enemy he has ever made will gather and the endgame of 20 years of politics and murder will be played out in his bid to become the King of all Kings. Friends become enemies, enemies become friends and the god of death, Xus the Unseen, stands closer than ever.

Absorbing and cdeative, loved it!

I thoroughly enjoyed this e.fire seties. Loved the characters and was immersed in this foreign land. I will miss it and hope one day TH sides decide to take us back again. 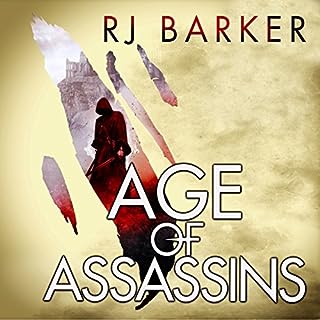 Girton Club-Foot, apprentice to the land's best assassin, still has much to learn about the art of taking lives. But their latest mission tasks him and his master with a far more difficult challenge: to save a life. Someone, or many someones, is trying to kill the heir to the throne, and it is up to Girton and his master to uncover the traitor and prevent the prince's murder. In a kingdom on the brink of civil war and a castle thick with lies, Girton finds friends he never expected, responsibilities he never wanted and a conspiracy that could destroy an entire land.

I used to read a lot of fantasy many years ago but lost interest in the late eighties when much of it seemed formulaic and tired. This book however kept me interested from the first page. The world and characters are different and interesting whilst also feeling familiar. I thoroughly enjoyed everything about it and have bought the second book in the series straight away so I continue to escape to the Tired Lands.