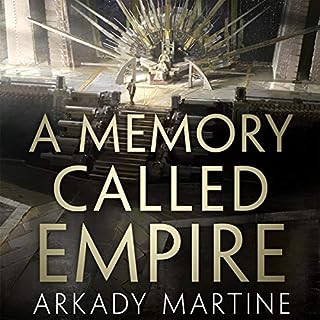 Ambassador Mahit Dzmare travels to the capital of the Teixcalaanli Empire, eager to take up her new post. But when she arrives, she discovers her peoples’ previous ambassador was murdered - and no one will admit it wasn't an accident. Mahit must hunt down the killer, while somehow preventing the empire from annexing her home: a small independent mining station.

It's like a text to speech reader is narrating

awful. narrator is like a text to machine speech synthesiser. couldn't get past 1st chapter. 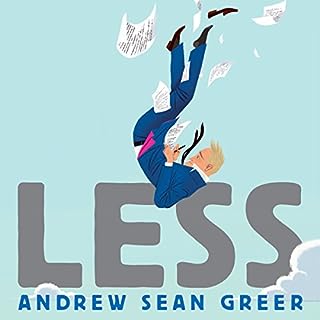 Who says you can't run away from your problems? Arthur Less is a failed novelist about to turn 50. A wedding invitation arrives in the post: it is from an ex-boyfriend of nine years who is engaged to someone else. Arthur can't say yes - it would be too awkward; he can't say no - it would look like defeat. So, he begins to accept the invitations on his desk to half-baked literary events around the world. From France to India, Germany to Japan, Arthur almost falls in love, almost falls to his death, and puts miles between him and the plight he refuses to face.

wandering narrative with frustrating timeline, switching back and forth without segway. Unlikeable protagonist and painfully descriptive.