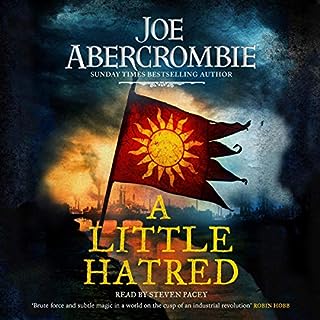 On the blood-soaked borders of Angland, Leo dan Brock struggles to win fame on the battlefield and defeat the marauding armies of Stour Nightfall. He hopes for help from the crown. But King Jezal's son, the feckless Prince Orso, is a man who specialises in disappointments. Savine dan Glokta - socialite, investor and daughter of the most feared man in the Union - plans to claw her way to the top of the slag-heap of society by any means necessary. But the slums boil over with a rage that all the money in the world cannot control.

Nooooo it finished too soon! So much drama, so much excitement, so many rich characters and storylines and so fast paced. I though I had more time! Excuse while I rewind and start at the beginning again. I’m eternally grateful to the friend who introduced me to Joe Abercrombie and Steven Pacey is the gold standard of narration. Proper storytelling at its finest. 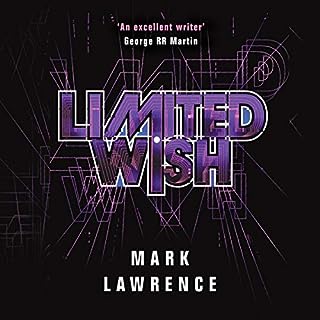 It’s the summer of 1986 and reluctant prodigy Nick Hayes is a student at Cambridge University, working with world-renowned mathematician Professor Halligan. He just wants to be a regular student, but regular isn’t really an option for a boy-genius cancer survivor who’s already dabbled in time travel. When he crosses paths with a mysterious yet curiously familiar girl, Nick discovers that creases have appeared in the fabric of time, and that he is at the centre of the disruption.

I do love me a Mark Lawrence book but man this is something special. Putting my money down now for the TV adaption. Highly recommend the series. 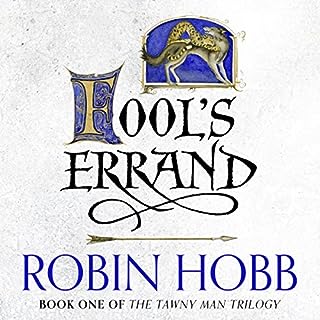 Return to the world of the Farseers… Robin Hobb’s best loved characters, Fitz , The Fool and Nighteyes the wolf, face new adventures and trials in the first book of The Tawny Man trilogy. When Assassin’s Quest closed, Fitz was living in self-imposed exile. Wracked with pain, he had chosen to discard the magical gifts that had seen him survive the wonders and torments of navigating the legendary city of the Elderlings, and of raising a dragon.

Having just finished listening to Paul Boehmer's narration of Robin Hobb's The Farseer Trilogy (which I found absolutely epic) I excitedly bought The Fool's Errand assuming (stupidly) it would also be narrated by Paul Boehmer as a continuation of Fitz's story. Instead, Nick Taylor's is the narrator and while I'm sure he's a lovely person his narration is so bad I can't even bring myself to listen past the first chapter. While Boemar's over the top English accent took a bit of getting used to in The Assassin's Apprentice, I found that in a fantasy setting, the theatrics kind of worked and three books later I was completely immersed in his creation of the Six Duchies world. Now with these new audiobooks instead of Nighteyes sounding like John Hurt whispering in your ear we've got Ray Winston after 6 pints and 20 Benson & Hedges. It's like someone told him, "just make your voice growly, that's what wolfs sound like." Not only that all the pronunciations are wrong - Burridge in now 'Burrig' and Kettricken is now 'Ktriggin' and Starling has gone from being a willowy seductively voiced minstrel to a Devon Farmer's Wife - ooooh aahhr. Wish he'd just listened to the Farseer Audiobooks before he agreed to take the gig. Anyway, rant over, I have decided to re-listen to the end of The Farseer Trilogy and while I have a proper sounding Nighteyes fresh in my mind, start reading the Fool's Errand paper book instead. I'm sure the actual book itself is grand - 5 stars etc. etc.