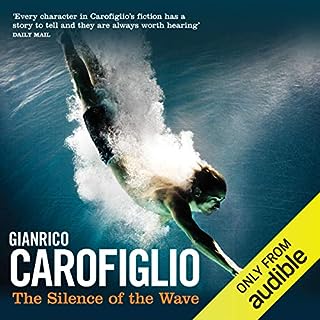 Twice a week, Roberto Marias crosses Rome on foot to visit his psychiatrist. He often sits in silence, stumped by the ritual, but sometimes crucial memories come to the surface. He remembers when he was a child and used to surf with his father. He remembers the treacherous years he spent working as an under-cover agent. He has lived an intoxicating and crushing life, but now his psychiatrist's words and a meeting with a woman named Emma are beginning to revive him.

Best read in many a year

Carofiglio is a master. Sean Barrett the finest narrator of audiobooks. The silence of the Waves is bursting with humanity and compelling narrative. I'm in my 50s and this ranks with the very best I've ever read or listened to. Joyful dark and complex