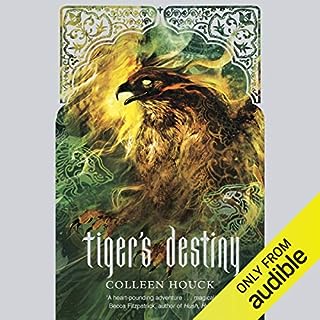 With three of the goddess Durga's quests behind them, only one prophecy now stands in the way of Kelsey, Ren, and Kishan breaking the tiger's curse. But the trio's greatest challenge awaits them: A life-endangering pursuit in search of Durga's final gift, the Rope of Fire, on the Andaman Islands in the Bay of Bengal. It's a race against time - and the evil sorcerer Lokesh - in this eagerly anticipated fourth volume in the best-selling Tiger's Curse series.

kind of disappointed by the main character

No spoiler. But I will say I got really disappointed by the main character feelings and decisions.... 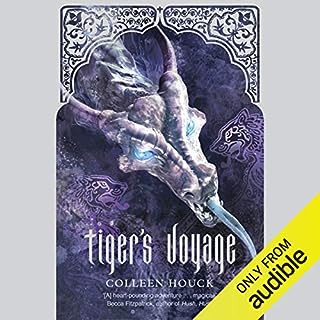 With the head-to-head battle against the villainous Lokesh behind her, Kelsey confronts a new heartbreak: in the wake of his traumatic experience, her beloved Ren no longer remembers who she is. As the trio continues their quest by challenging five cunning and duplicitous dragons, Ren and Kishan once more vie for her affections--leaving Kelsey more confused than ever.

I love tiger series but this book....

This book is driving me to feel very angry at the main character, Kelsey and Ran. Ran treating Kelsey like an object that he owns. And Kelsey for loving that idiot prince. I dont know what happens next.... since I m still on a certain chapter. But still... I had to comment.

Her book is good but it's so angering... I would Rate it 3. But I keep wanting to listen so 4.