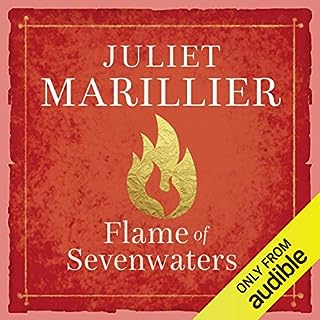 Maeve, daughter of Lord Sean of Sevenwaters, was badly burned as a child and carries the legacy of that fire in her crippled hands. After ten years, she’s returning home, having grown into a courageous, forthright woman with a special gift for gentling difficult animals. But while her body’s scars have healed, her spirit remains fragile, fearing the shadows of her past.

What does Rosalyn Landor bring to the story that you wouldn’t experience if you had only read the book?

Not really but then it was a very long book! I certainly enjoyed listening to it

I would recommend reading the earlier books 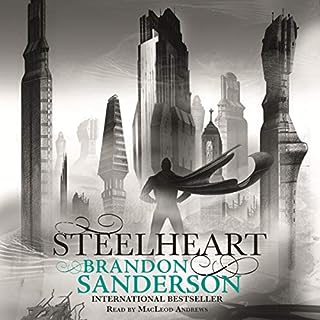 Ten years ago, Calamity came. It was a burst in the sky that gave ordinary men and women extraordinary powers. The awed public started calling them Epics. But Epics are no friend of man. With incredible gifts came the desire to rule. And to rule man you must crush his wills. Nobody fights the Epics...nobody but the Reckoners.

I thought the main character was charming - I don't always warm to the 'hero' narrator but the voice through which this story was told was very endearing, and this was helped by the fact that it was read so skillfully. I also enjoyed watching the story unfold with so many twists, many of them not obvious - it really kept one guessing up to the end and it was pleasantly dark

What other book might you compare Steelheart to, and why?

The Bartimaeus Trilogy by Jonathan Stroud - Because something about the main character reminded me of the magician narrator in the trilogy - also because both books had a certain dark humour. -also contained elements of The Lies Of Locke Lamora