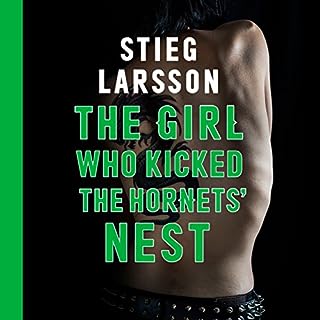 Salander is plotting her revenge - against the man who tried to kill her, and against the government institutions that very nearly destroyed her life. But it is not going to be a straightforward campaign. After taking a bullet to the head, Salander is under close supervision in Intensive Care, and is set to face trial for three murders and one attempted murder on her eventual release. With the help of journalist Mikael Blomkvist and his researchers at Millennium magazine, Salander must prove her innocence....

I have really enjoyed the whole series of these book. A must listen for all. I really hope there's more books in the works :) 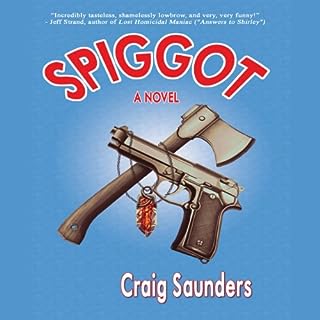 Spiggot is catapulted into his second worst nightmare when, on a stakeout to catch criminal mastermind, his soul is sent by means of an ancient artifact into a mad axe murderer's body, who is held captive in a maximum security residential hospital for the criminally insane... Sheez, you couldn't make it up. His only hope of redemption is to rely on his partner to help catch the villain. The trouble is he's in a nutcase's body, Trout didn't like him in the first place, he's got an insane copper after him and he's afraid of pirates.

A detective novel with a great twist. I Highly recommended it, with a fast moving story line :)