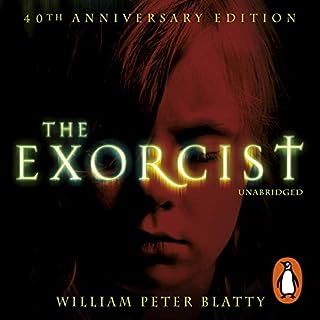 Father Damien Karras: 'Where is Regan?' Regan MacNeil: 'In here. With us.' The terror begins unobtrusively. Noises in the attic. In the child's room, an odd smell, the displacement of furniture, an icy chill. At first, easy explanations are offered. Then frightening changes begin to appear in eleven-year-old Regan. Medical tests fail to shed any light on her symptoms, but it is as if a different personality has invaded her body.

I find this one somewhat tricky to review as I don't want to misjudge it.

For someone who has been over exposed to the genre, I found quite tiresome the fact that a very large part of this book is trying to explain the possession with reasonable / logical theories.
That was getting really boring for me and found myself just skipping forward.
If you have been living under a rock, are new to the genre or simply a young listener this might not be an annoyance to you.

The narration is not great, but not bad either. Gets creepy at times. I would have liked a narrator with a more clear enunciation.

Generally though this is a classic. You know what to expect and you can't go wrong with it. The ammount of enjoyment you will be getting out of this comes from the familiarity with the genre and possibly your age, I would say. 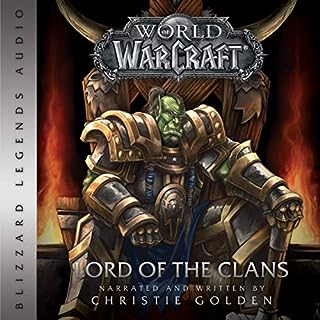 In the mist-shrouded haze of the past, the world of Azeroth teemed with wondrous creatures of every kind. Mysterious Elves and hardy Dwarves walked among tribes of Man in relative peace and harmony - until the arrival of the demonic army known as the Burning Legion shattered the world's tranquility forever. Now Orcs, Dragons, Goblins, and Trolls all vie for supremacy over the scattered, warring kingdoms - part of a grand, malevolent scheme that will determine the fate of the world of Warcraft.

Epic storytelling on its finest

I'm really impressed how Christie captured the characters on this book. Metzen helped a lot in that regard I would assume but that doesn't make Christie's job less magnificent. Her narration was also quite captivating.

Thrall is portrayed 100% like you've known him through the game.

You can't go wrong with this one guys. Christie Golden delivers. 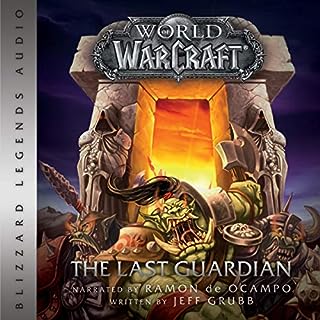 Long before the beginning of recorded time, there stood the world of Azeroth. Every kind of magical being strode the countryside among the tribes of man, and all was at peace - until the arrival of the demons and horrors of the Burning Legion and their baneful Lord Sargeras, dark god of chaotic magic. Now Dragons, Dwarves, Elves, Goblins, Humans, and Orcs all vie for supremacy across the scattered kingdoms - part of a grand, malevolent scheme that will determine the fate of the world of The Guardians of Tirisfal: a line of champions imbued with godlike powers.

This book starts SLOWLY. Eventually it picks up the pace but it drags out too much on details that, generally speaking, the writer includes to immerse the reader to the story. Even though that is a solid plan for physical books/ebooks that you dive in undistracted, I find it doesn't work quite as well on audio books where people are multitasking (usually). Among all these details, I've had a hard time concentrating on the story, while I was either driving or working. A problem that I didn't have on Christie Golden's audio book "rise of the horde". Therefor I assume the writing of this book wasn't made with an audio book version in mind. Apart from that I really enjoyed the narration and the voice was matching the content. 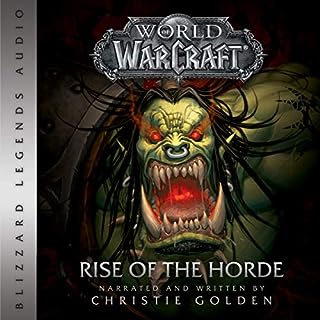 This is a book you will definitely appreciate. The main protagonist is Durotan - Thrall's father. You will hear how everything started. You will meet Gul'dan as a shaman as well as becoming the first warlock among his tribe,the Orcs. Everybody that you expect to hear about,and has been a part of the Horde history,will be on this magnificent story. Sargeras will be there too..

I loved Christie's writing and narration. I laughed when she imitated the Ogres. Her accent on different species was spot on.
I can honestly say that this book made me a fan of audio books. Would definitely recommend to any avid warcraft enthusiast.

Not sure how someone not familiar with warcraft would find this book as the names wouldn't bare any weight i would assume.

If you are looking for forgotten realms / warhammer alternatives,this might seem dull and a bit generic possibly.