What Literature Teaches Us About Business 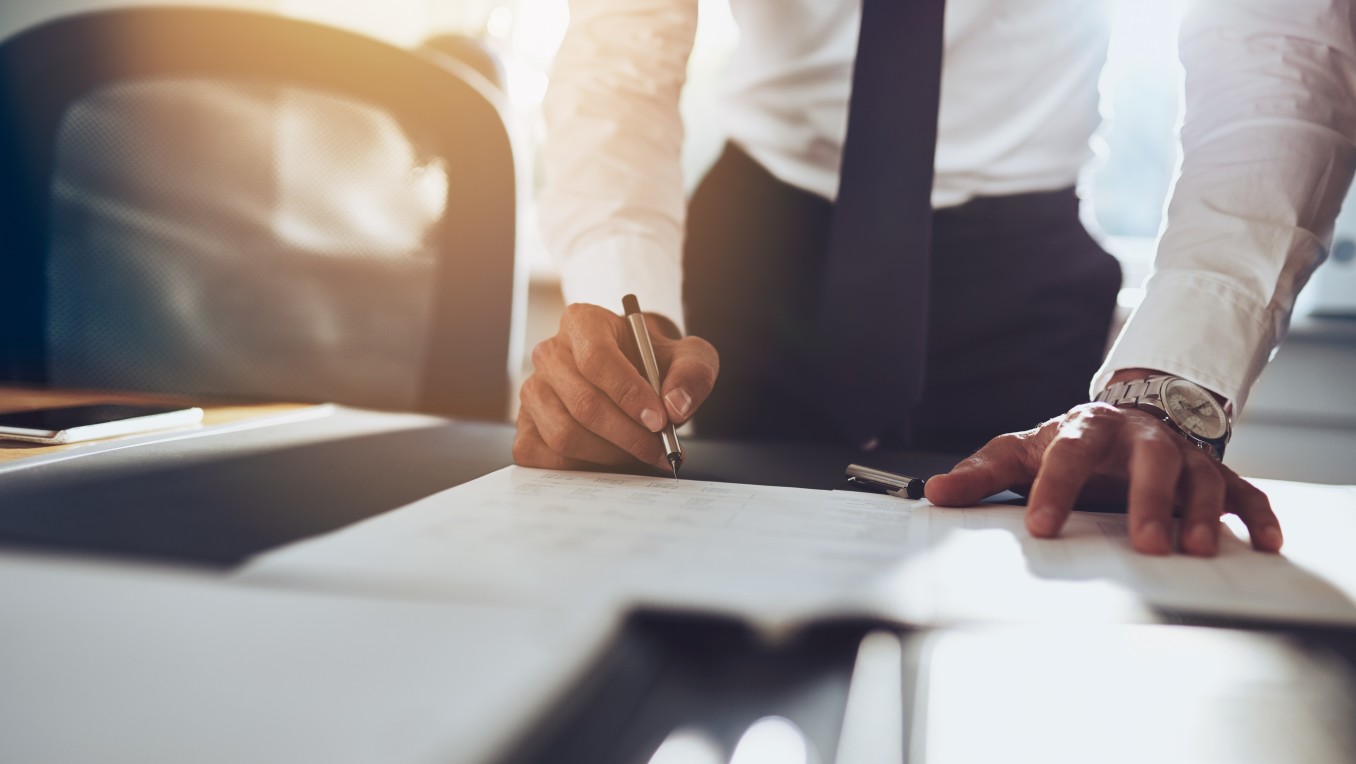 Business books have been popular throughout history. Find out how some of the landmark titles still resonate with the business world of today.

As long as businesses have existed, there have been people wanting to share their expertise and experience with others through business books.

There are books designed to inspire, those that deal with business on a practical level, and autobiographies of people like Richard Branson and Alan Sugar who have been there, done it and bought and sold a few t-shirts along the way.

Whether you’re just starting out on your career path, looking to start a new business venture, or just after a bit of insight into how to run your next project, absorbing information from an expert is a proven way to build both your ability and confidence.

While most business books are pitched at teaching aspiring leaders something that will help propel them to success, it’s not just a genre for novices.

Warren Buffett — probably one of the most talented businessmen and investors in history — says his secret to success is reading 500 pages a day.

That's how knowledge works. It builds up, like compound interest.

In other examples of voracious reading habits by highly successful people, Bill Gates has said he reads 50 books a year. Mark Zuckerberg aims to read one every other week. While most of us don't have the time to hit these heights, it’s commonly agreed that reading is crucial to both career development and personal success. It exposes us to new ways of thinking, ideas and knowledge.

In the same way that you wouldn't run a marathon before having attempted to run a mile, you can take a staggered approach to developing a reading routine. Habits are built with consistent, persistent effort. Even if it's a goal of reading five pages a day, that quickly adds up to around eight books a year. With the efficiency of audiobooks, you can easily exceed that number.

The history of business in literature

Business books have been a fundamental and essential part of literature for generations, with examples throughout history that have taught us how to work, think, grow and innovate. 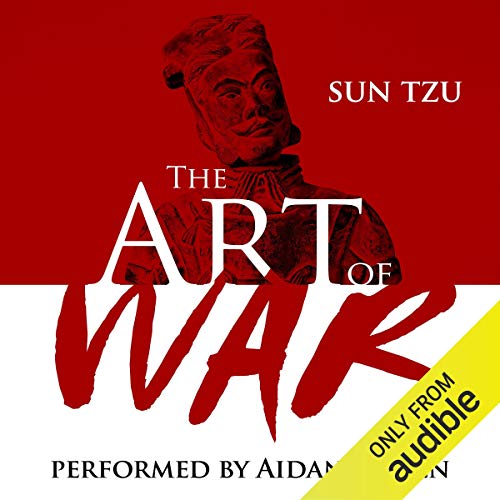 This 2,500-year-old tome was written by, legend has it, a Chinese warrior and military leader from an era known as the Spring and Autumn Period. A time of much turmoil in China.

Still used in military academies today, Napoleon, Douglas MacArthur, Norman Schwarzkopf and Colin Powell all drew inspiration from its pages. More recently, Sun Tzu's theories have been applied by business leaders, corporate strategists and politicians. It's not hard to understand why so many different types of people have trusted this work throughout the ages: it still very much resonates with a 21st-century audience.

While the advice contained within these pages may help you move your army through inhospitable terrain or respond to different weapons – if that's of use to you – its wisdom is more transferable than you might expect. Direct, actionable rules like, "He will win who knows when to fight and when not to fight," and "Know the enemy and know yourself; in a hundred battles you will never be in peril," give modern CEOs the inspiration needed to fight the next boardroom conflict. 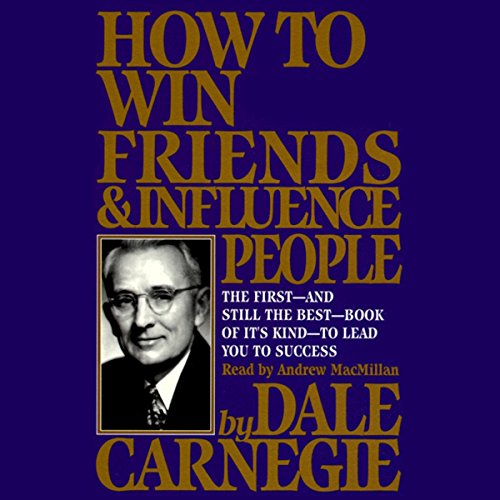 How to Win Friends & Influence People

One of the best selling self-help books of all time, it has influenced everyone from Warren Buffett to Charles Manson.

This varied audience can be put down to the dual interpretations of the title. Are you looking to win friends or influence people? One sounds happy and positive, while the other is a little more sinister.

Written at the tail end of the Great Depression, Carnegie's book was aimed more at struggling employees looking to avoid getting fired than it was business owners. A lot of the advice may seem obvious at first — remembering and using people's names, smiling, being a good listener, not complaining too much — but at the time it was incredibly useful.

How to Win Friends offers much in the way of helping to deal with the anxiety that comes with being in business, with obvious applications when it comes to improving relationships and public speaking. Carnegie also offers several techniques to help when meeting new people.

On the influencing people side, there is plenty of advice, even if it appears a touch cynical at first. "Let the other person feel like the idea is his or hers," is a time-honoured tactic and something many people will recognise from everyday office life. 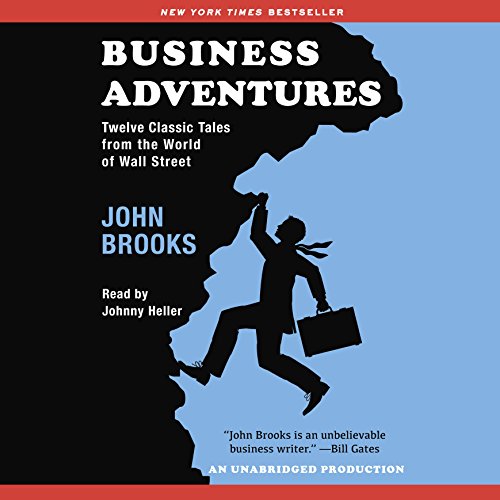 Continuing the theme of authors heavily influenced by the Great Depression, Bill Gates called this "…the best business book I have ever read."

Brooks grew up in New Jersey in the 1920s, then served in World War II. He later became a journalist and published just a few books, of which only a small amount are still in print. Out of this came one of the most widely celebrated business books of the 20th century. Initially a collection of New Yorker articles from the 1960s, these twelve tales about twelve notorious business events are just as relevant now as they were then.

Written with a journalistic style, many business topics are covered from legal to financial, marketing and product development. It allows the reader to learn by observation through compelling actual cases, many of which were vital in shaping laws.

What holds these stories together are their connections and parallels to the present day. We learn just as much about the strength and weaknesses of our leaders as we do about specific details. There are astute observations about events such as a $350 million Ford Motor Company Edsel disaster, the meteoric rise of Xerox and the scandals at GE and Texas Gulf Sulphur. Brooks gives us invaluable insights into the world of corporate turmoil that continue to teach us lessons. 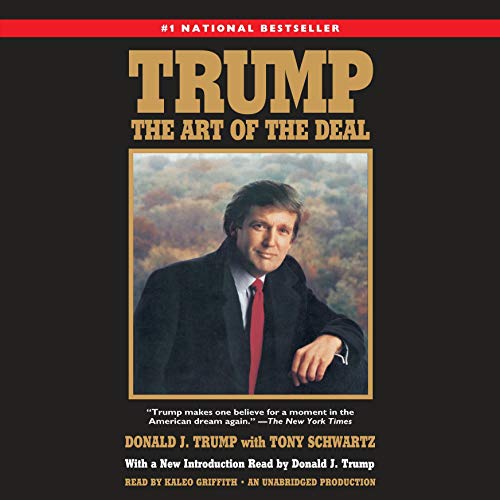 Trump: The Art of the Deal

Most presidents wait until after their term in office before releasing their book. But Donald Trump is no ordinary president.

Released at the height of 'Loadsamoney' culture, the book came out in the same year that Gordon Gekko — portrayed by Michael Douglas in the movie Wall Street — declared that “Greed is good.” Few would have thought at the time that the words they were reading would become those of the most powerful man in the world. But there are some hints in the prose about what was to come.

Trump turns everything into a game – if you're not a winner, you're a loser. There is no middle ground when it comes to business.

People want to believe that something is the biggest and the greatest and the most spectacular. I call it truthful hyperbole. It's an innocent form of exaggeration, and a very effective form of promotion. 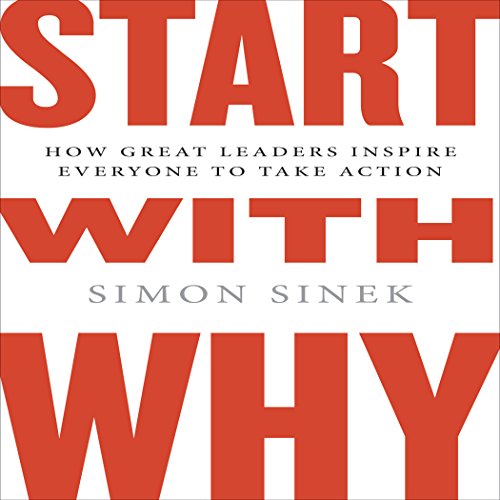 Start with Why: How Great Leaders Inspire Everyone to Take Action (Int'l Edit.)

According to a study by Harvard, there are approximately 15,000 books on leadership currently in print. Our modern thinking on leadership has evolved considerably. Millennials say that they need to feel valued and work for an organisation with purpose, while making an impact, and everyone wants to be respected at work. The old carrot and stick approach of yesteryear is no longer as effective.

Simon Sinek burst into the corporate consciousness in 2016 with a video on YouTube about "Millennials in the Workplace", currently at over 12 million views. Sinek teaches us that leaders are very good at talking about the ‘what’ and ‘how’, but very few of them talk (or even know) the ‘why’. When we start with the ‘why’, we can inspire action in a way that ‘what’ can't.

When we use this thinking when it comes to leading our people, we can use the ‘why’ to build trust and loyalty, effectively drawing a circle of trust and protecting an organisation from harmful outside influences. Luckily for us, leaders are made rather than born, and Sinek's work on leadership can help make the business world a far more productive, and pleasant place.

Can anyone write a business book?

Theoretically, if you have something interesting to say about your line of work then there’s nothing stopping you putting your thoughts down and sharing them with the world.

There’s no right or wrong way to do business and all the processes, theories and models that are deployed in organisations today often stem from the ideas of one or two individuals.

Many books that started as a simple PDF ebook published on a company or individual’s website have gone on to become published works. If you think you have the next The Lean Startup in your head, get something written, put it out through your professional networks and see if there’s a strong appetite for you to put your unique stamp on the world of business.

More articles about: All Genres, Business